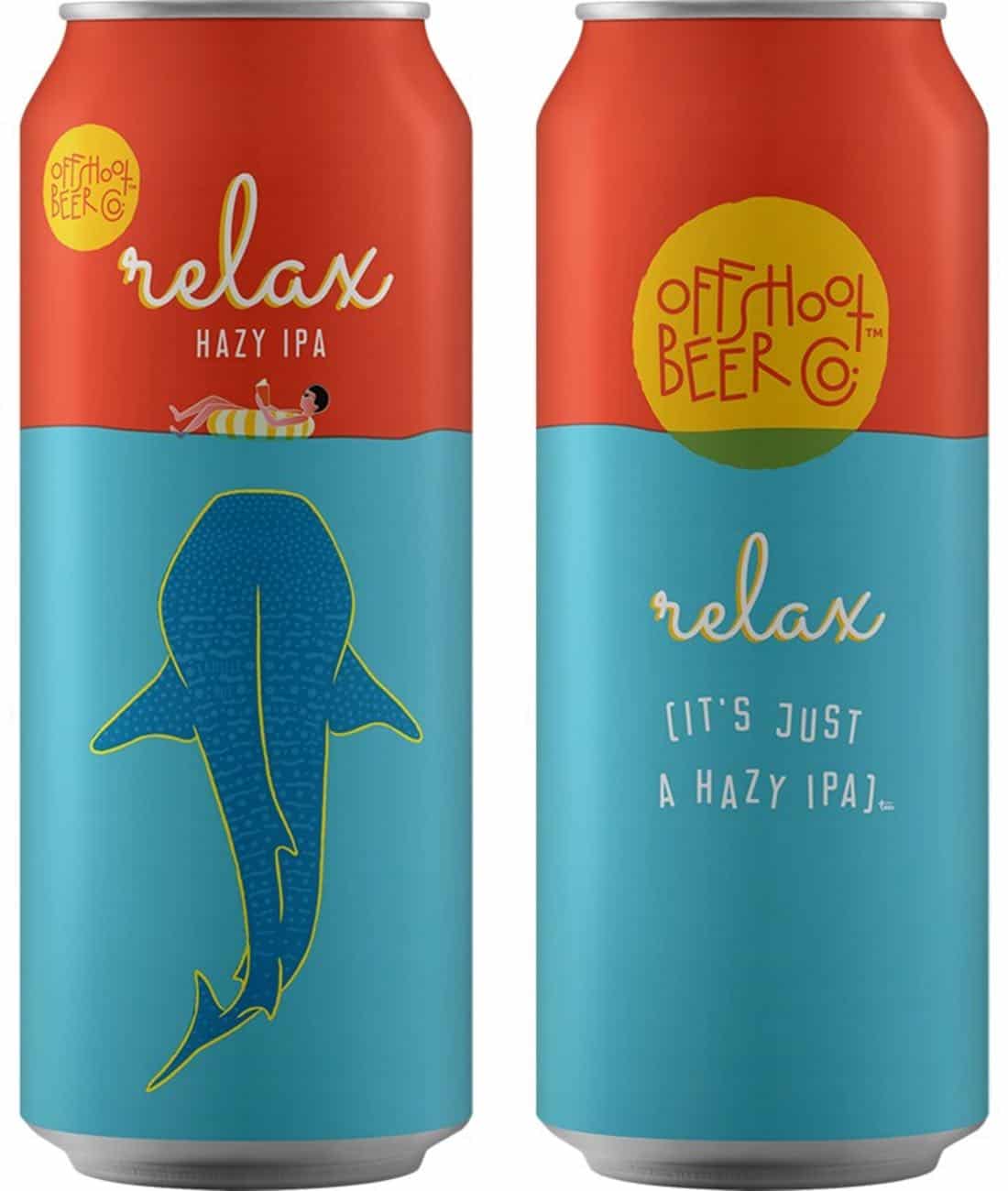 Relax – it’s just a hazy IPA. But not just any IPA. This is the first year-round release from Offshoot Beer Co.

Starting this February, fresh 4-packs of Relax [it’s just a hazy IPA]™ will be rolling off the canning line and into craft beer stores throughout Southern California, Northern California, Washington, D.C., and Virginia. For the first time ever, cans from Offshoot Beer Co. will be available beyond the brewery.

Relax [it’s just a hazy IPA] embraces the new way to enjoy IPA – unfiltered, fresh and full of hop flavor and aromatics … without the bitterness to stand in the way of kicking back with a juicy beer. It features a combination of Citra, Centennial, Simcoe and Amarillo hops, imparting fruity, tropical and citrusy notes to complement the round, soft mouthfeel of a hazy IPA.

“Offshoot Beer Co. has allowed us to branch off in new directions, continue our passion for experimentation and explore the art of developing hop-forward beers,” said Patrick Rue, founder of The Bruery and its hoppy offshoot, and one of just 16 individuals to earn the title of Master Cicerone®. “Now such a pursuit will be within arm’s reach for fans of independent craft beer from coast to coast looking to relax with a fresh can of hazy IPA any day of the week.”

Experimental and barrel-aged beers from The Bruery and sour and wild ales from Bruery Terreux are distributed in nearly 30 states. Relax [it’s just a hazy IPA] will cover a much smaller footprint to ensure cans are shipped cold and arrive in peak condition at fine purveyors of craft beer in select markets.

Since the launch of Offshoot Beer Co. in April 2017, cans have been sold directly from the brewery and exclusively to members on its Interest List. The most exclusive members, those in the company’s Reserve Society and Hoarders Society, enjoy an ongoing discount and priority access to every can release from Offshoot Beer Co. To date, Offshoot Beer Co. has canned 20 different limited release hoppy beers – including hazy IPAs, double IPAs, triple IPAs and a cream IPA with fruit. One of the brewery’s first releases, Fashionably Late, was named the #2 IPA in America by Draft Magazine in 2017.

“After nearly a year of developing special releases, we couldn’t be more excited to dial in a fresh new beer that’s available year-round to even more fans,” added Rue. “If you’ve been wondering what it would taste like if The Bruery made a hazy IPA, this is it. You won’t find a more approachable and accessible 4-pack on the market.”

Looking for fresh 4-packs of Relax [it’s just a hazy IPA]? Use the Beer Locator to find beers from The Bruery, Bruery Terreux and Offshoot Beer Co. Cans of this latest release will premiere at the Tasting Rooms at The Bruery and Bruery Terreux on Friday, Feb. 2. It will also be offered to List members via offshootbeer.com for shipping within Californiathrough Feb. 4. Relax [it’s just a hazy IPA] will begin its voyage to Northern California, Southern California and Washington, D.C., markets the week of Feb. 5.