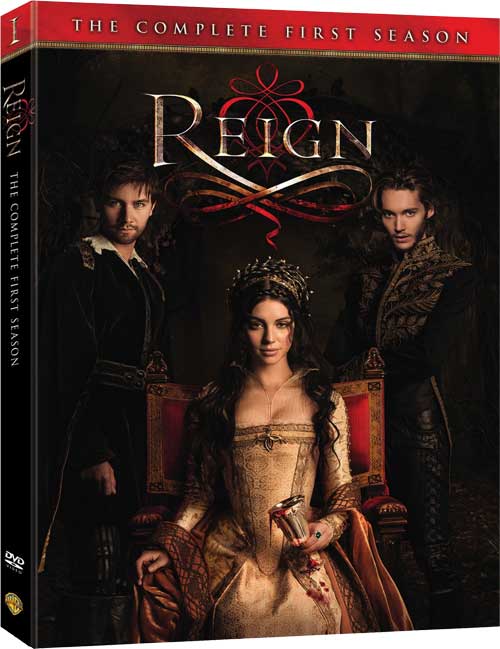 Seat42f and Warner Bros. Home Entertainment have teamed up to give TWO lucky winners a copy of REIGN Season 1 on DVD. For a chance to win leave a comment below telling us why you want to add REIGN Season 1 to your DVD collection. Only one entry per person. Contest ends October 7th. Winners will be notified on October 8th via email so make sure to use a valid email address when you post your comment.

History just got sexier as Warner Bros. Home Entertainment Group brings Reign: The Complete First Season to DVD on September 23, 2014. Just before the season 2 premiere on The CW, catch up and get lost in a world of political danger, backstabbing, and sexual intrigue. The seriesstars Adelaide Kane (“Teen Wolf”) as Mary, Toby Regbo (“One Day”) as Prince Francis, Torrance Coombs (“The Tudors”) as Bash, Megan Follows (“Anne of Green Gables”) as Queen Catherine, Alan Van Sprang (“The Tudors”) as King Henry, Celina Sinden (newcomer) as Greer, Caitlin Stasey (newcomer) as Kenna, Anna Popplewell (“The Chronicles of Narnia: The Voyage of the Dawn Treader”) as Lola, and Jenessa Grant (“Cyberbully”) as Aylee. The five-disc set contains all 22 one-hour episodes from the first season, plus never-before-seen extras including two featurettes, and deleted scenes.  Reign: The Complete First Season is priced to own at $59.98 SRP.