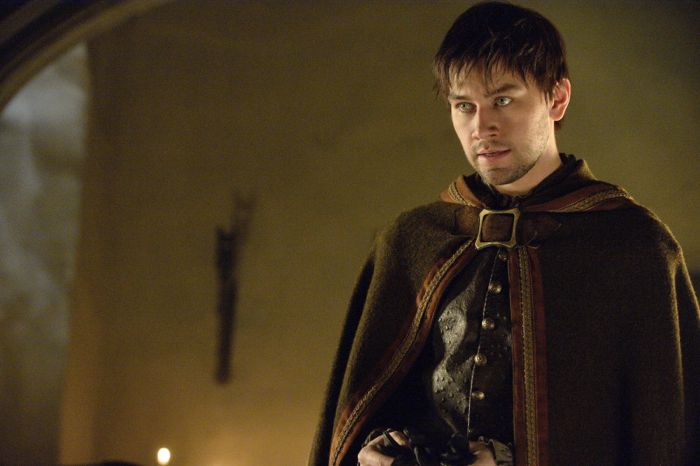 REIGN Episode 1.20 Promo Higher Ground : MARY GETS BLOOD ON HER HANDS TO SAVE SCOTLAND — Mary (Adelaide Kane) enlists a mercenary to help her, which forces her to realize there are sacrifices and lives she is willing to risk to save her country.  Francis (Toby Regbo) embraces his role as Dauphin to lead France in a brutal battle against England, and finds a new ally in Leith (guest star Jonathan Keltz).  Meanwhile, as Lola (Anna Popplewell) grows closer to Lord Julien (guest star Giacomo Gianniotti), she gets increasingly suspicious that he is going to betray her.  Torrance Coombs, Megan Follows, Alan Van Sprang, Caitlin Stasey and Celina Sinden also star.  The episode was directed by Sudz Sutherland with the story by David Babcock and Daniel Sinclair and the teleplay by Alan McCullough (#120).