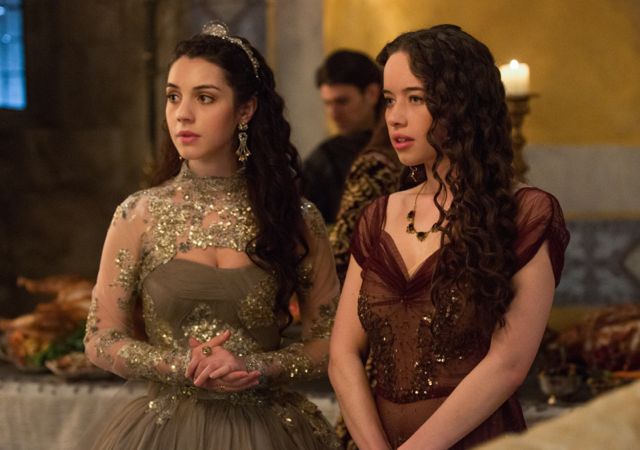 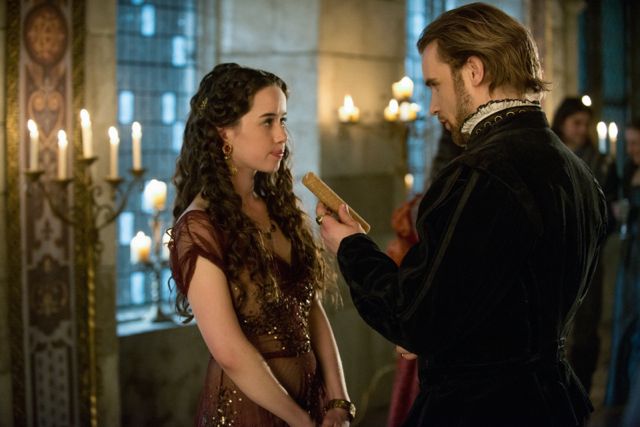 REIGN Episode 1.15 Photos The Darkness : BASH WITNESSES THE DARKNESS OF THE WOODS — The castle is abuzz with First Light, where the women of the castle mingle with potential suitors.  Much to Mary’s (Adelaide Kane) dismay, Lola (Anna Popplewell) is reluctant to participate in the tradition.  After another violent incident with the increasingly erratic King Henry (Alan Van Sprang), Kenna (Caitlin Stasey) fears for her safety and confides in Queen Catherine (Megan Follows), while Bash (Torrance Coombs) experiences the terrors of the woods and vows to uncover the truth behind the Darkness.  Toby Regbo and Celina Sinden also star.  The episode was directed by Steve DiMarco and written by Charlie Craig (#115).