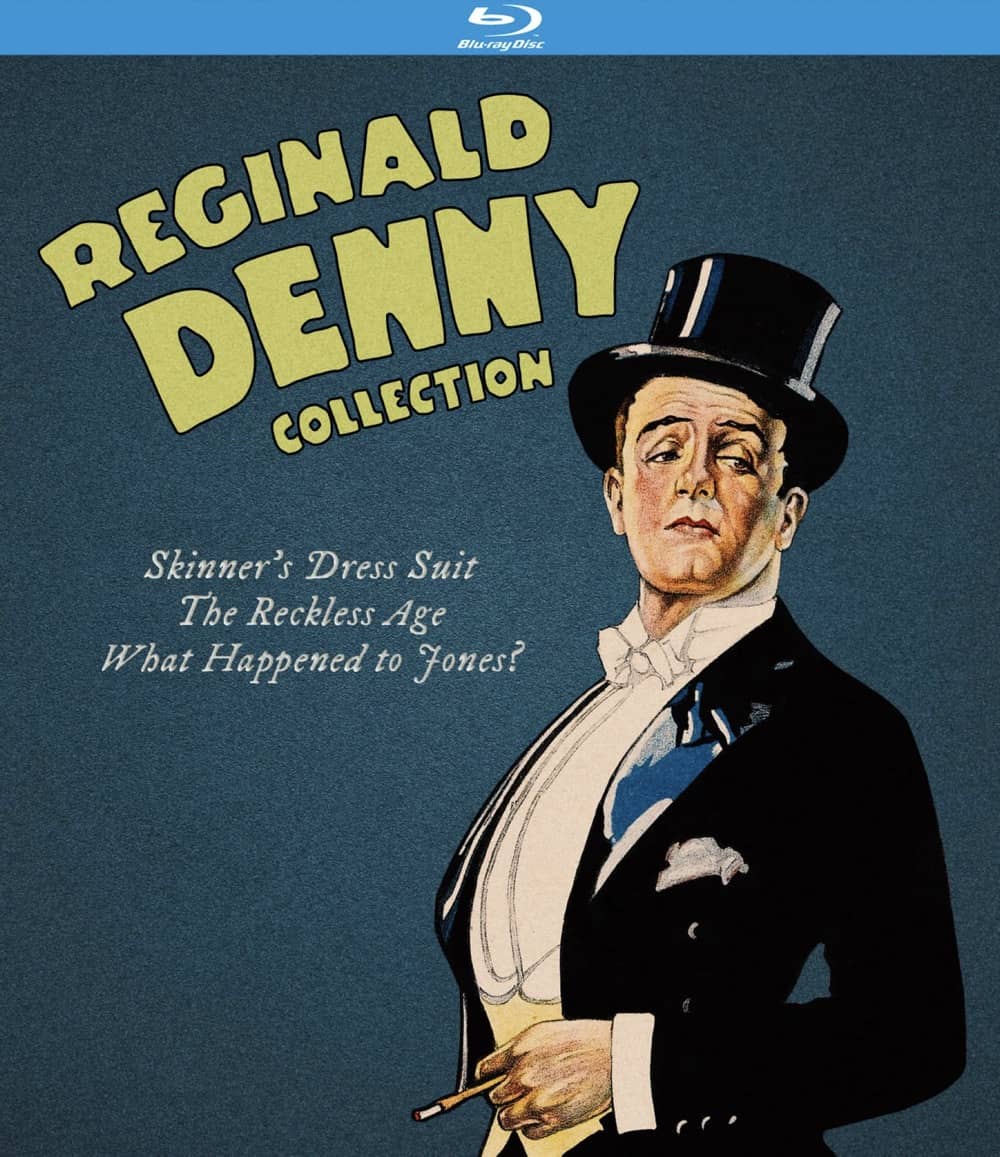 Kino Classics proudly announces the Blu-ray and DVD release of the Reginald Denny Collection, a tribute to the popular debonair British star, featuring three of his classic silent comedies: Skinner’s Dress Suit, The Reckless Age, and What Happened to Jones?, presented in stunning new 4K restorations by Universal Pictures.

Reginald Denny established himself as one of the top comic actors of the silent era, popular with movie audiences as the sophisticated leading man in a series of light romantic comedies, similar to William Powell or Cary Grant a decade later. With a prolific career spanning both the silent and sound eras, Denny’s endearing persona and talent for comedy ensured that he remained a familiar face in movies for several decades. But he found his greatest success in the 1920s, and these three Jazz Age classics showcase Denny at the height of his stardom. These sparkling 4K restorations give a new generation of movie fans an opportunity to re-discover the delightful silent film comedies of Reginald Denny.

Set to street on August 25, with a SRP of $49.95 for the Blu-ray and $39.95 for the DVD, the Reginald Denny Collection includes audio commentaries on all three films by noted silent film historian Anthony Slide, and features music scores by Jake Monaco (The Reckless Age), Anthony Willis (What Happened to Jones?) and Leo Birenberg (Skinner’s Dress Suit).

Synopsis:
The Reginald Denny Collection gathers three silent features from the career of the debonair British star: The Reckless Age, Skinner’s Dress Suit, and What Happened to Jones? The former amateur boxing champion made his name in a series of two-reelers about the fighting life, The Leather Pushers (1922), but soon made his way up to leading man.

In the romantic comedy The Reckless Age Denny plays an insurance agent who insinuates himself into the case of a wealthy heiress. In Skinner’s Dress Suit, directed by comedy ace William A. Seiter (Sons of the Desert), he is a shy clerk who asks his boss for a raise at the urging of his wife. His request is rejected, but he lies to his wife, who immediately goes out and buys an expensive suit, an act that upends his once-ordered life. And in What Happened to Jones?, also directed by Seiter, Denny plays a wealthy young bachelor on the night before his wedding. He is convinced to attend a poker party which is promptly raided, sending him on the run in a series of increasingly hilarious disguises.