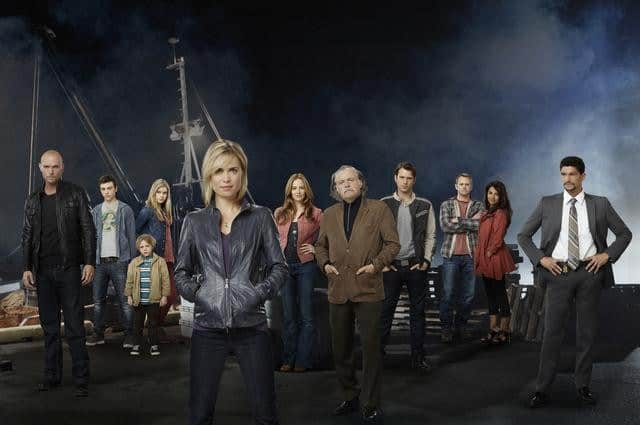 When Marta Walraven’s (Radha Mitchell) husband is brutally murdered, her first instinct is to protect her three young children. Her husband’s business partners – Irwin Petrova (Wil Traval), Marta’s scheming and untrustworthy brother, and Mike Tomlin (Lee Tergesen) — were involved in an illegal drug business deal with rival gangsters, and Marta’s husband paid the ultimate price. She already knows the violent world of organized crime; her father, Andrei Petrova (Rade Sherbedzija), and loyal bodyguard Luther (Luke Goss) are gangsters too. She and her sister Kat (Jaime Ray Newman) had always wished for a safer life without bloodshed and fear. For a while Marta lived happily as a stay at home housewife in San Marta’s cooperation, FBI Agent James Ramos (Mido Hamada) now promises justice.

Marta discovers a tenacity she never knew she had, and takes on the gangsters and the FBI to unveil the truth about her husband’s death. As she digs into this dark underworld, she’ll test her own strength, relying on her resourcefulness, determination and family ties like never before. To get out of this mob, she needs to beat the bad guys at their own deadly game.