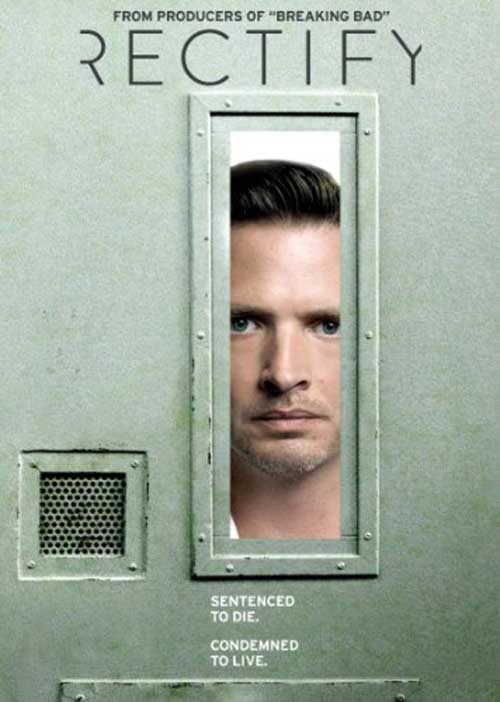 As part of its recently announced agreement with AMC Networks, Anchor Bay Entertainment is set to release the complete first season DVD of the most compelling new series on TV, Sundance Channel’s “RECTIFY,” on June 18th. The two-disc set contains all 6 hour-long episodes of the Sundance Channel’s critically-acclaimed series that created buzz among critics and broke new ground in style and substance when it premiered in April. The DVD campaign builds on this excitement with an accelerated release that is only weeks after the season finale that aired May 20th. The release also features bonus materials which explore the creation of this unique character study of a man recently released from prison and now trying to put his life back together in his old hometown. The DVD set will have an SRP of $29.98.

After 19 years on death row for the rape and murder of his teenage girlfriend, Daniel Holden (Aden Young) is going home. His conviction has been vacated due to new DNA evidence. Now he has to return to a world he no longer knows and his reentry into the outside world may be as unforgiving as prison. Daniel is haunted by the past, dogged by the present, and uncertain of the future. As he struggles to adapt to his new life, his homecoming reignites the fears of a small town and threatens to shatter his family’s fragile peace. Daniel’s alleged crime divided a community. Will his freedom tear it in half?