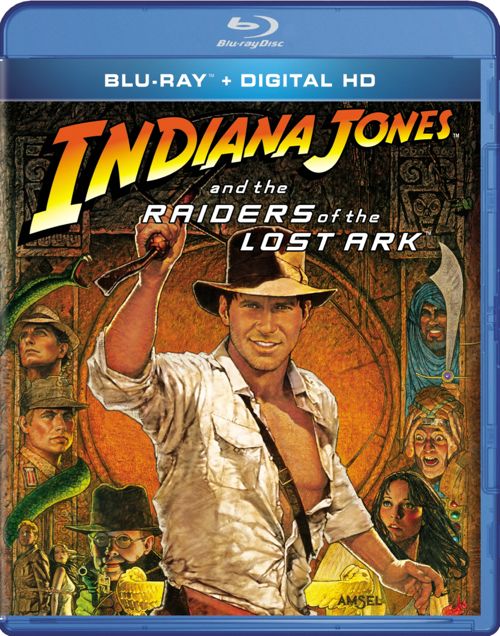 Seat42f and Paramount Home Entertainment have teamed up to give THREE lucky winners a copy of RAIDERS OF THE LOST ARK on BLURAY. For a chance to win leave a comment below telling us why you want to add RAIDERS OF THE LOST ARK to your BLURAY collection. Only one entry per person. Contest ends December 26th. Winners will be notified on December 27th via email so make sure to use a valid email address when you post your comment.

For the first time ever, the first three films in the Indiana Jones saga will be available individually in high definition when they arrive on Digital HD November 19, 2013 and on Blu-ray with a digital copy available through iTunes December 17, 2013 from Lucasfilm Ltd. and Paramount Home Media Distribution.  Relive all your favorite moments from the greatest adventure of all time—from the deserts of Egypt to the jungles of South America—as everyone’s favorite archaeologist travels the globe thwarting evil villains to retrieve history’s most famous artifacts.

Under the supervision of director Steven Spielberg and sound designer Ben Burtt, Raiders of the Lost Ark was painstakingly restored in 2012 with careful attention to preserving the original look, sound and feel of the iconic film.  Own this meticulously restored version of the cinematic classic that started it all, as well as previously remastered versions of Indiana Jones and the Temple of Doom and Indiana Jones and the Last Crusade, each with pristine picture and sound in sparkling high definition.  2008’s Indiana Jones and the Kingdom of the Crystal Skull will also be available on Digital HD and in a two-disc Blu-ray set with behind-the-scenes special features.

Raiders of the Lost Ark

The disc includes the following: