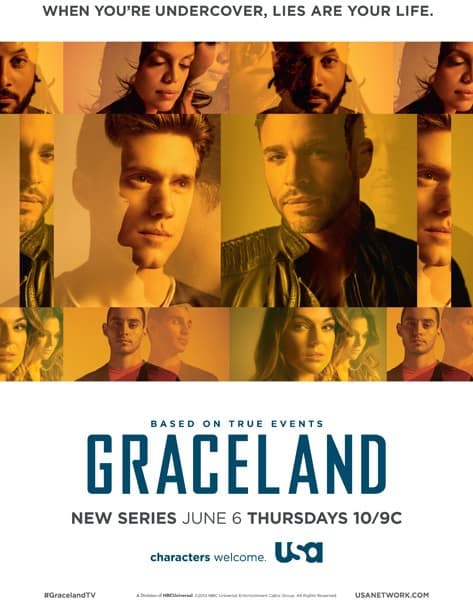 “Graceland”delves into the lives of an elusive group of undercover agents from the Federal Bureau of Investigation (FBI), the Drug Enforcement Agency (DEA) and U.S. Customs, whose worlds collide at a repossessed Southern California beachfront mansion called Graceland (the house got its name when the authorities seized the house from a drug lord known to be an obsessed Elvis Presley fan).  With three agencies living under one roof, ordinary roommate issues are amplified, as secrets are a matter of life or death.