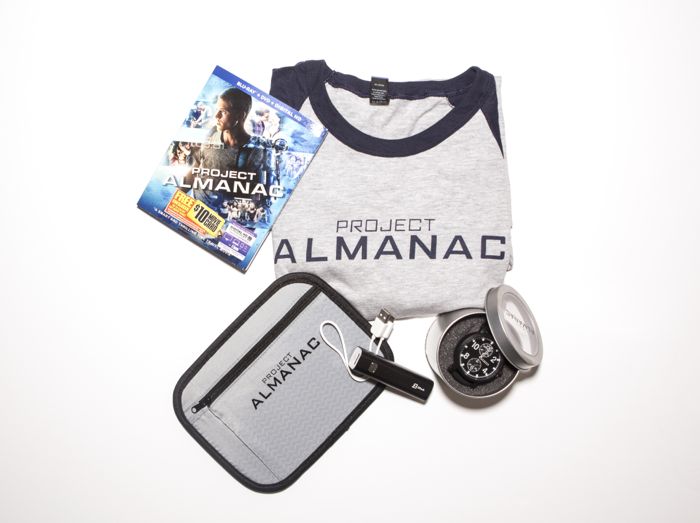 Seat42f and Paramount Home Entertainment have teamed up to give TWO lucky winners a copy of PROJECT ALMANAC on BLURAY/DVD Combo Pack. One grand prize winner will receive the awesome PROJECT ALMANAC prize pack shown above. For a chance to win leave a comment below telling us why you want to add PROJECT ALMANAC to your Blu-ray collection. Only one entry per person. Contest ends June 23rd. Winners will be notified on June 24th via email so make sure to use a valid email address when you post your comment.

Hailed as “a total blast” (Clarke Wolfe, Nerdist) and “[a] movie you will want to see with your friends again and again” (Riley Roberts, Crixit), PROJECT ALMANAC debuts on Blu-ray Combo Pack, DVD and VOD June 9, 2015 from Paramount Home Media Distribution.  The film arrives two weeks early on Digital HD May 26.

With a story that is “smart and thrilling” (Silas Lesnick, Coming Soon),PROJECT ALMANAC follows a brilliant high school student (Jonny Weston, The Divergent Series: Insurgent) and his friends who discover blueprints for a machine that can send them back in time.  They soon rewrite history to win the lottery, ace exams, and party like there’s no tomorrow.  But by changing the past, they have threatened the future of our world.  Can they undo the damage they have unleashed before it’s too late?

The film features an outstanding cast of up-and-coming actors including Sofia Black D’Elia (“Gossip Girl”), Sam Lerner (“The Goldbergs”), Allen Evangelista (“The Secret Life of the American Teenager”) and Virginia Gardner (“The Goldbergs”).  The PROJECT ALMANAC Blu-ray Combo Pack with Digital HD includes deleted scenes, an alternate opening and alternate endings.  Plus, get a $10 card to see any movie in theaters with the purchase of the Blu-ray Combo Pack, while supplies last. 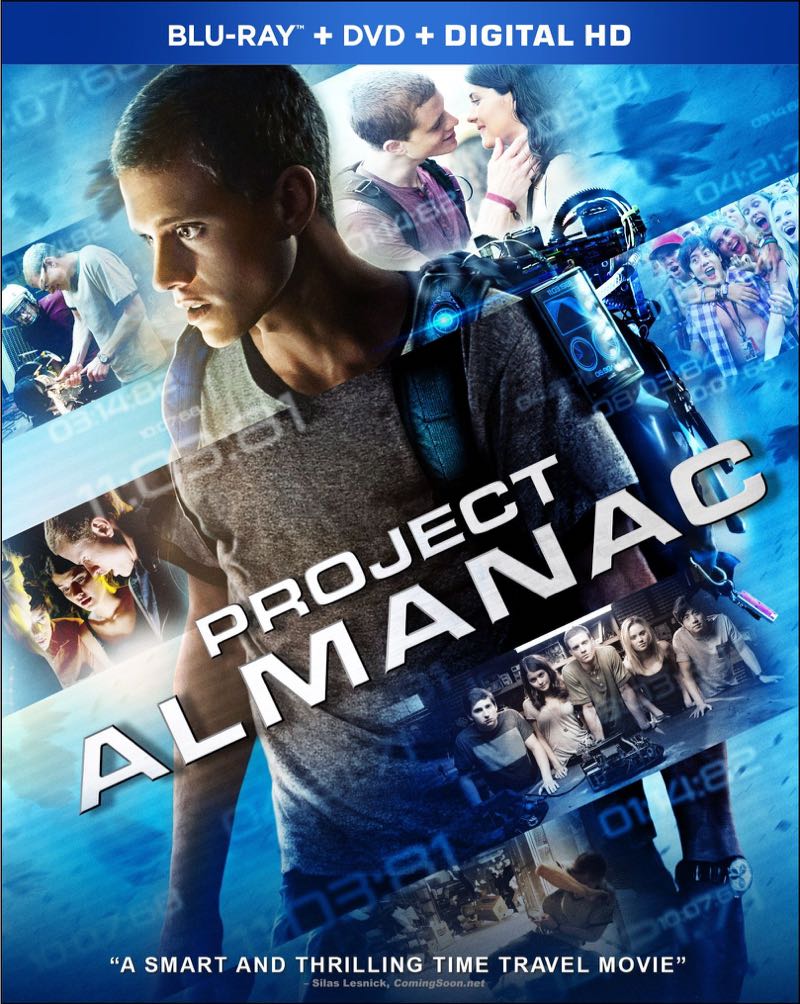