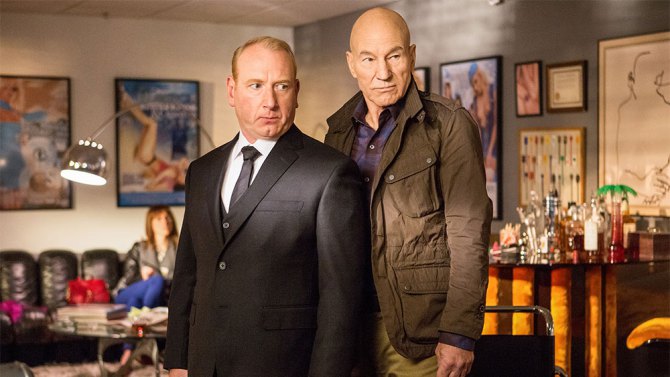 The STARZ Original series “Blunt Talk” began production in Los Angeles on the 10-episode second season of the half-hour scripted comedy series from Media Rights Capital (MRC) and executive produced by Seth MacFarlane, Jonathan Ames, Tristram Shapeero, and Stephanie Davis. Lesley Ann Warren (“In Plain Sight”) has joined the expanding guest cast roster this season in the role of Cornelia, a long lost love of Walter Blunt. Mary Holland and Karan Soni who star as Shelly and Martin, segment producers on Blunt’s show, are now series regulars. The series will return this Fall on STARZ.

In season 2, Walter Blunt and his team are on top of the network ratings when Walter runs into an old flame, in town to investigate a conspiracy involving one of Los Angeles’ most crucial environmental threats. Rosalie, Jim, Celia, Martin, and Shelly (with all their various neuroses intact) are by Walter’s side as he delves into his past, which leads him into a web of intrigue affecting the future of LA.