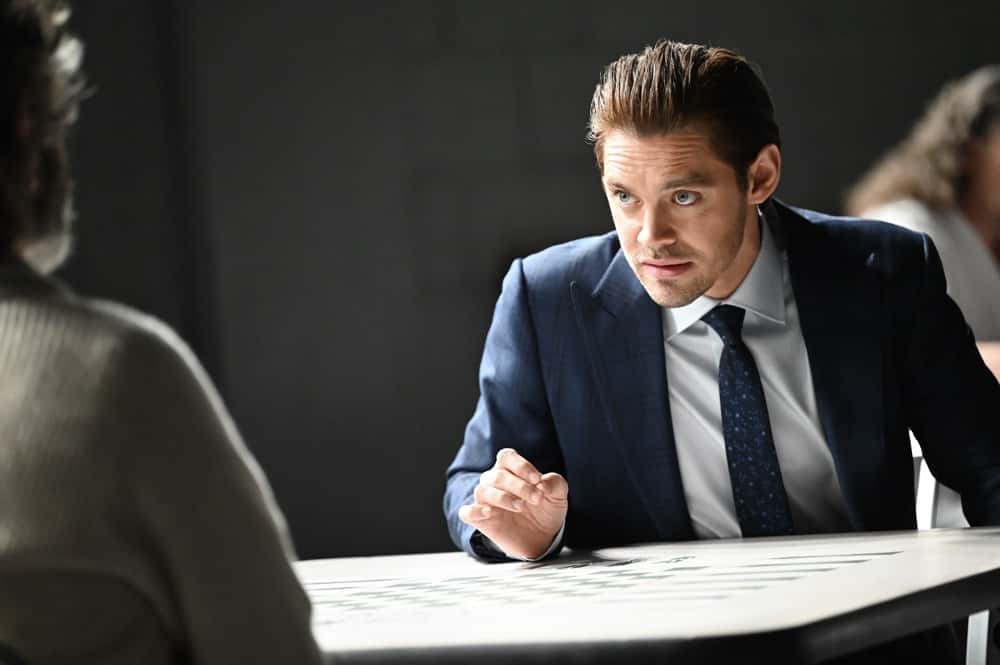 PRODIGAL SON Season 2 Episode 9 Photos The Killabustas – Despite Gil’s fatherly concerns, Bright throws himself into a new case involving an escalating killer that has Edrisa’s online vigilante group, known as the “Killabustas,” trying to stop him. Meanwhile, Jessica realizes that she must dive deep into her past traumas in order to write a book and may need Gil’s help to do it. Then, Martin’s relationship with Dr. Capshaw intensifies in the all-new “The Killabustas” episode of PRODIGAL SON airing Tuesday, April 20 (9:01-10:00 PM ET/PT) on FOX. (PR-209) (TV-14 D, L, S, V) s02e09 2×09 2.09 s2e9

Season Two picks up with Bright’s personal life in disarray after his sister AINSLEY’s (Halston Sage) shocking actions in the Season One finale. Now, he must “take care” of her and protect his mother JESSICA WHITLY (Bellamy Young) from a secret that could tear the family apart all over again. Meanwhile, Martin proves himself valuable in treating patients, after being assigned to infirmary duty by Claremont Psychiatric’s resident MD, DR. VIVIAN CAPSHAW (Catherine Zeta-Jones, “Chicago,” “Ocean’s 12,” “Traffic,” “Feud”), and seeks to deepen his relationship with Bright, his prodigal son, but forging this bond leads to shocking twists and revelations.