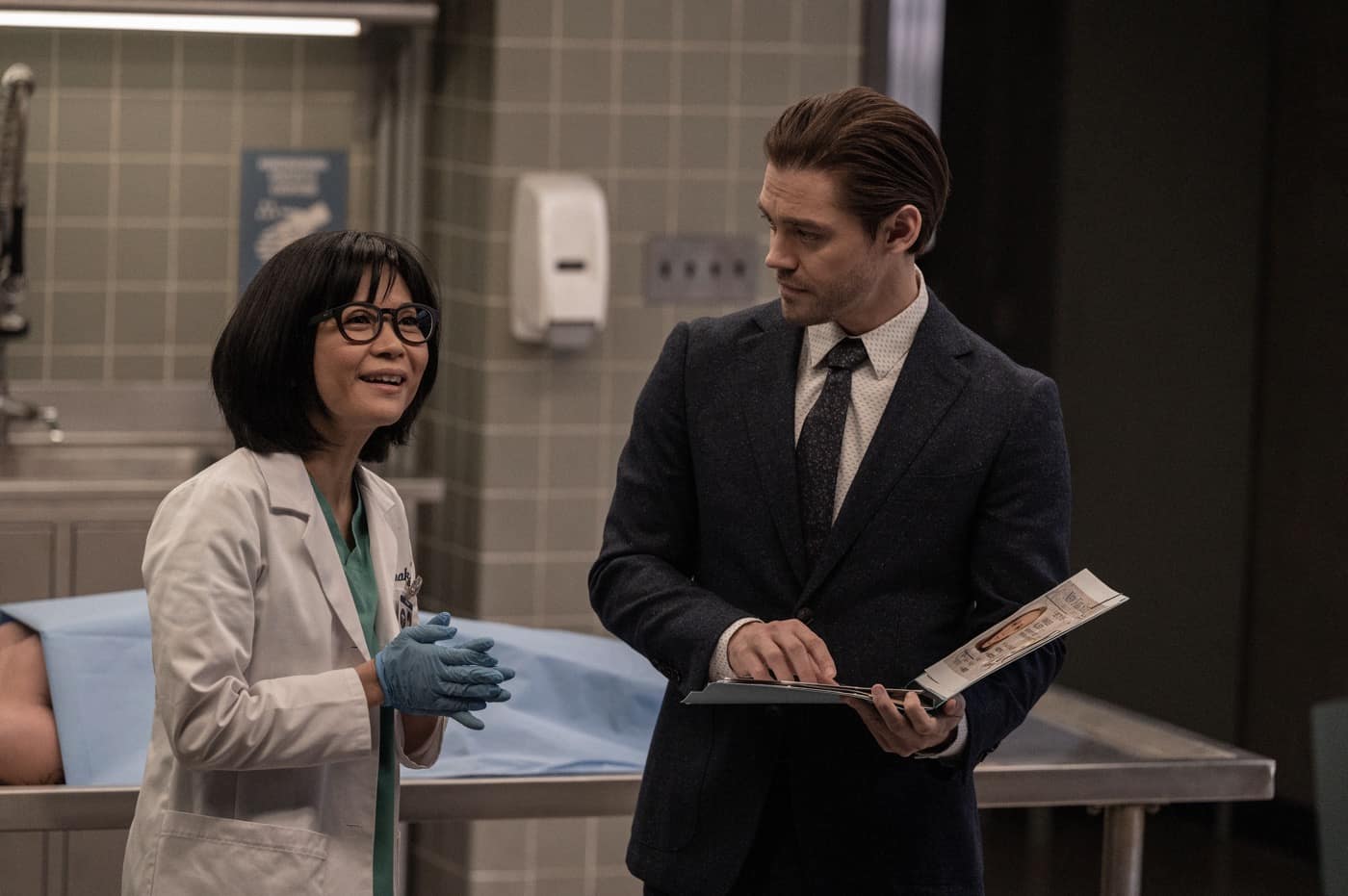 PRODIGAL SON Season 2 Episode 5 Photos Bad Manners – Malcolm and Ainsley both race to find the killer in the so-called “Debutante Slayings,” but Ainsley’s persistence has Malcolm worried about what her actual motive might be. While Martin is thrilled to see his daughter’s passion in the field, Jessica suggests she and Ainsley take a vacation. Meanwhile, JT meets with his union rep to decide if he should file an official complaint against the cop who discriminated against him in the all-new “Bad Manners” episode of PRODIGAL SON airing Tuesday, Feb. 9 (9:01-10:00 PM ET/PT) on FOX. (PR-205) (TV-14 L, V) Kate Burton (“Scandal”) Guest-Stars s02e05 2×05 2.05