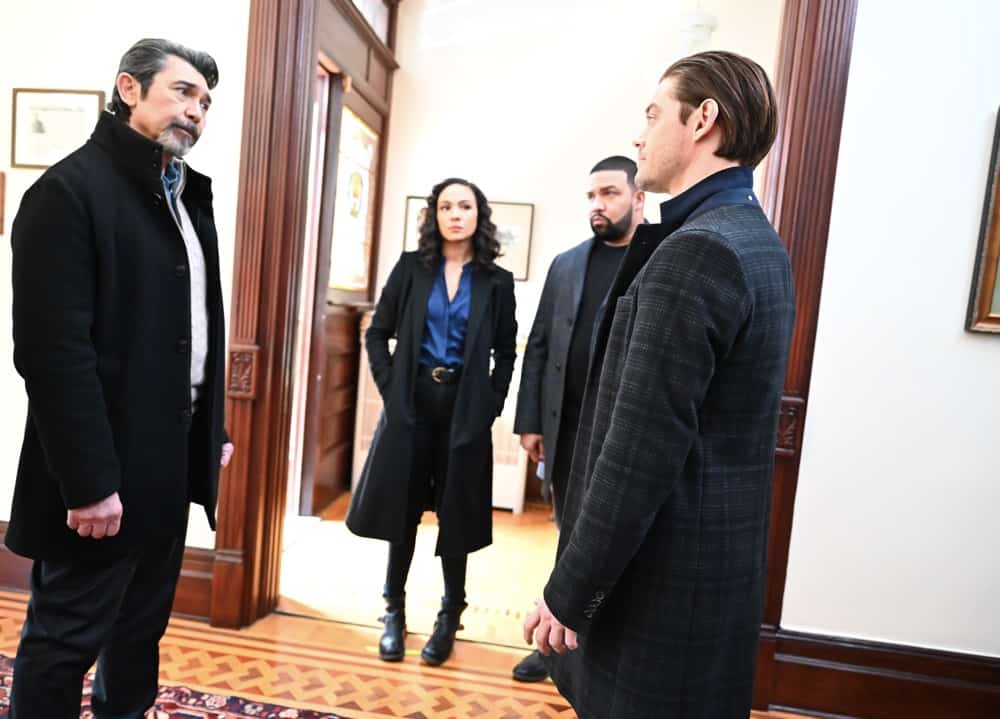 PRODIGAL SON Season 2 Episode 10 Photos Exit Strategy – As Malcolm distances himself from Martin, Jessica does the opposite, diving head-first into the past for the sake of her tell-all book. Meanwhile, Martin is desperate to get in touch with his son ahead of his imminent plans, as Dr. Vivian Capshaw grows increasingly suspicious. Meanwhile, the NYPD investigates a crime of passion in the all-new “Exit Strategy” episode of PRODIGAL SON airing Tuesday, April 27 (9:01-10:00 PM ET/PT) on FOX. (PR-210) (TV-14 D, L, S, V) s02e10 2×10 2.10 s2e10