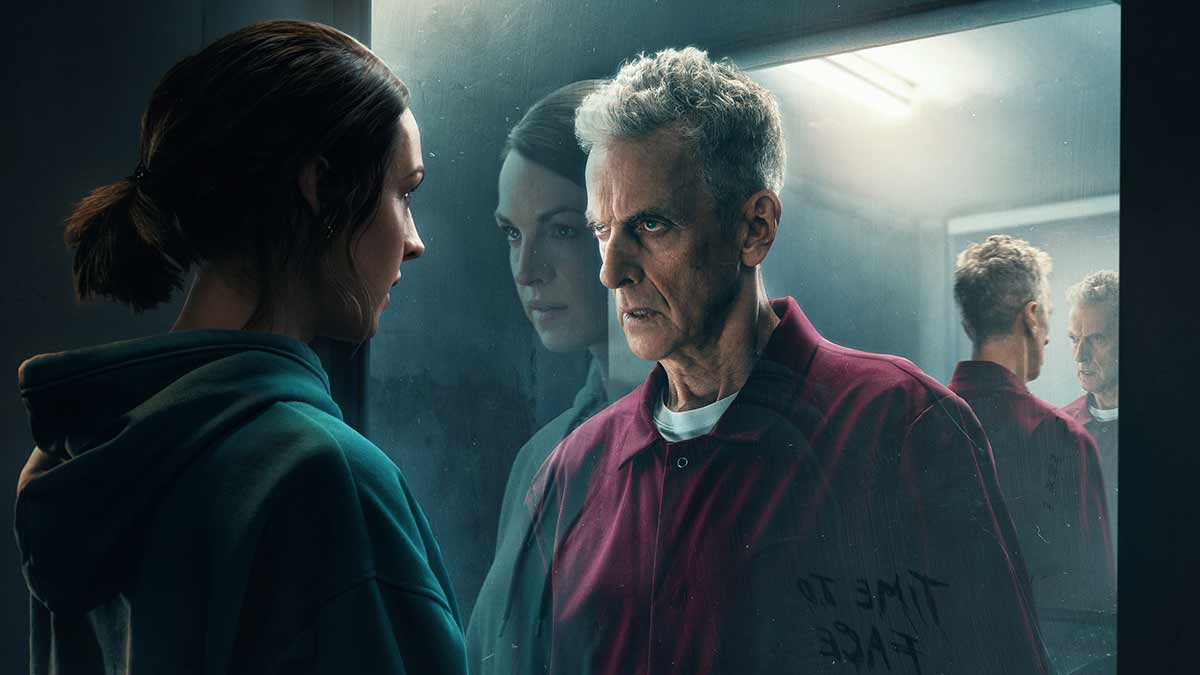 Prime Video will take viewers into The Devil’s Hour twice more, as the hit UK Original thriller is confirmed to return for a second and third series. Jessica Raine (Patrick Melrose) and Peter Capaldi (Paddington) will reprise their roles as Gideon and Lucy Chambers, alongside Nikesh Patel (Starstruck), Phil Dunster (Ted Lasso), Meera Syal (Yesterday), Benjamin Chivers, and new characters. The new series will launch exclusively on Prime Video in over 240 countries and territories and filming will start early next year.

The next two instalments of the critically acclaimed Amazon Original will continue the story of Lucy Chambers (Jessica Raine), a woman caught up in the hunt for serial killer Gideon (Peter Capaldi) in ways she never could imagine. In Series Two, Gideon’s true intentions are finally revealed, as he attempts to involve Lucy in his mission to stop an elusive force of evil. Simultaneously a sequel and a prequel to the first chapter, expect nothing but the unexpected…

“We’re thrilled with the audience response to The Devil’s Hour, and can’t wait to share the next chapter of this mind-bending story,” said Dan Grabiner, head of UK Originals, Amazon Studios. “Fans can look forward to plenty more twists and turns in this remarkable tale from first-time series creator Tom Moran, and welcoming back our immensely talented cast, led by Jessica Raine and Peter Capaldi.”

Sue Vertue, executive producer and CEO of Hartswood Films, said, “It goes without saying that we are over the moon to be continuing Lucy’s story with two more series. Tom Moran and his big brain have so much more planned for us all. This was always envisioned as a three-series arc, and it’s going to be a thrilling ride.”

“Telling a story on television is a precarious business,” added Tom Moran, writer and creator. “Series One of The Devil’s Hour was just the beginning – the opening act of a TV novel. I’m so thrilled that we get to keep turning those pages and slotting the puzzle pieces into place. If you thought the final episode of Series One had all the answers, then you haven’t been asking the right questions.”

The second and third series of The Devil’s Hour represents the growing UK Original slate that is available on Prime Video, along with new UK-produced series and movies launching across 2022 and 2023. These include 007’s Road to a Million, an unscripted adventure series inspired by James Bond; a feature-length documentary on YouTuber KSI, executive produced by Louis Theroux; true-crime series The Confession; The Rig, starring Martin Compston and Emily Hampshire; Mammals, written by Jez Butterworth and starring James Corden and Sally Hawkins; and My Policeman, starring Harry Styles, Emma Corrin, and David Dawson.

Prime Video offers thousands of popular movies and TV shows, award-winning Amazon Originals and other exclusives, sports, and more including other UK-produced Amazon Originals such as The Grand Tour, All or Nothing: Arsenal, Clarkson’s Farm, and James May: Our Man In Italy, U.S. hits like The Boys and Reacher as well as exclusive TV shows like Star Trek: Picard, Nine Perfect Strangers, and Little Fires Everywhere; movies like Coming 2 America, Borat Subsequent Moviefilm, and BAFTA-nominated Everybody’s Talking About Jamie; plus live sport, including live coverage of Premier League football matches, Autumn Nations Series international rugby union, plus exclusive coverage of US Open, ATP Tour, and WTA Tour tennis. All available at no additional cost as part of Prime Video, which is available in more than 240 countries and territories worldwide (offers and titles vary based on location).

Prime Video offers customers a vast collection of TV shows, movies, sport and more – all available to watch on practically any device:

Included with Prime: Watch thousands of popular movies and TV shows, award-winning Amazon Originals and other exclusives, sports, and more. Think UK-produced Amazon Originals such as Jungle, Good Omens, The Grand Tour and All or Nothing: Arsenal, US hits like The Boys, Reacher, The Marvelous Mrs. Maisel and Tom Clancy’s Jack Ryan; as well as exclusive TV shows like Star Trek: Picard, Nine Perfect Strangers and Little Fires Everywhere; movies like Coming 2 America, Borat Subsequent Moviefilm and BAFTA-nominated Everybody’s Talking About Jamie; as well as live sport including live coverage of Premier League football matches, Autumn Nations Series international rugby union, plus exclusive coverage of US Open, ATP Tour and WTA Tour tennis. All available at no additional cost as part of Prime Video, which is available in more than 240 countries and territories worldwide (offers and titles vary based on location).

Watch More with Prime Video Channels: Prime members can add 65+ channels like Discovery, ITV Hub+, Paramount +, Eurosport Player, hayu, STARZPLAY and more – no extra apps to download; no long term contract required. Only pay for the ones you want, and cancel anytime. View the full list of channels available at Amazon.co.uk/channels.

Instant Access: Watch at home or on the go with your choice of hundreds of compatible devices. Stream from the web or using the Prime Video app on your smartphone, tablet, set-top box including Sky, Virgin, TalkTalk and BT, game console, or select smart TVs. For a list of all compatible devices, visit Amazon.co.uk/watchanywhere.

Enhanced Experiences: Make the most of every viewing with 4K Ultra HD and High Dynamic Range (HDR) compatible content. Go behind the scenes of your favourite movies and TV shows with exclusive X-Ray access, powered by IMDb. Save it for later with select mobile downloads for offline viewing.

Prime Video is just one of many benefits included with a Prime membership, along with unlimited fast free delivery options on millions of items as well as exclusive deals and discounts at Amazon.co.uk, exclusive content with Prime Gaming, access to ad-free music, Kindle ebooks, and unlimited photo storage. To sign-up or start a free trial of Prime visit: Amazon.co.uk/prime

Hartswood Films is an Independent Production Company with offices in London and Wales. Creating event television that always steers away from the ordinary, they have won multiple awards and work with leading broadcasters and platforms across the world. Producing classic comedies such as Men Behaving Badly and Coupling as well as a wide breadth of dramas including the international smash hit Sherlock, starring Benedict Cumberbatch and Martin Freeman, which was co-created by Steven Moffat and Mark Gatiss. In 2022 Hartswood made The Control Room for BBC1, written by Nick Leather, Inside Man, written by Steven Moffat, starring Stanley Tucci and David Tennant for BBC/Netflix, The Time Travelers Wife, written by Steven Moffat for HBO and The Devils Hour by Tom Moran, starring Jessica Raine and Peter Capaldi for Amazon. Upcoming shows include Rosie Molloy Gives Up Everything for Sky Comedy and Wolf for BBC.

Being a writer led production company the team will always fight for the script and screenwriter to be at the heart of what they do – turning their stories into shows that engage and enthral audiences of all generations.