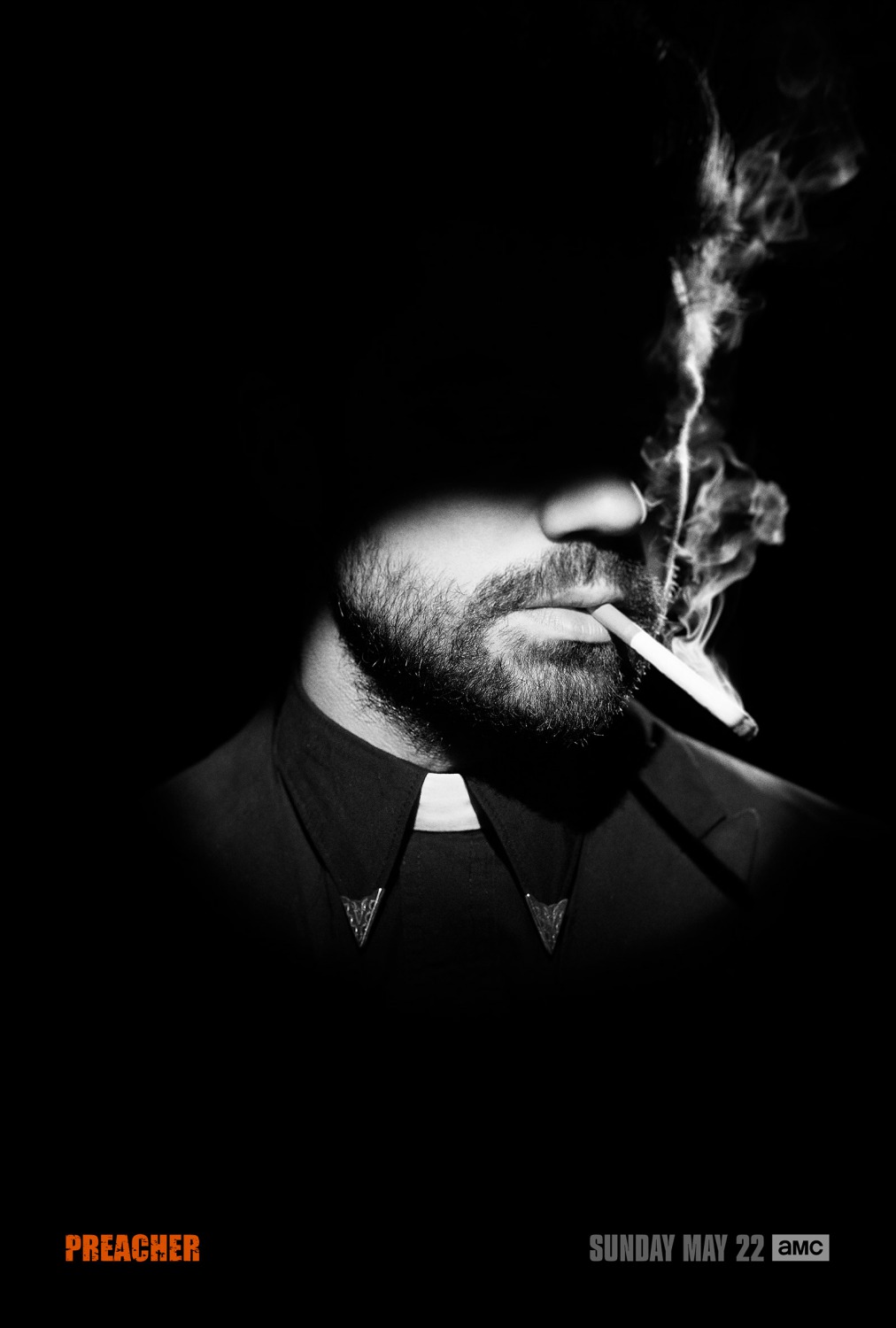 AMC announced today from the SXSW Festival that the highly-anticipated new series “Preacher” will premiere Sunday, May 22nd at 10:00 p.m. ET/PT following the mid-season finale of “Fear the Walking Dead.” An encore presentation of the pilot episode will air the following Sunday, May 29th with back-to-back airings beginning at 9:00 p.m. ET/PT providing new viewers multiple opportunities to catch up during the holiday weekend. New episodes will resume on Sunday, June 5th at the series regular time of 9:00 p.m. ET/PT. “Preacher,” which is based on Garth Ennis and Steve Dillon’s popular ‘90’s comic book franchise of the same name, is a Sony Pictures Television and AMC Studios co-production. The ten-episode season was developed for television by executive producers Seth Rogen & Evan Goldberg (This Is the End, Superbad, Neighbors) and executive producer and showrunner Sam Catlin (“Breaking Bad”).

“We’re thrilled to finally be sharing this epic story with characters unlike any other on television,” said Joel Stillerman, president of original programming and development for AMC and SundanceTV. “Sam Catlin, Seth Rogen and Evan Goldberg have brought Garth’s writing and Steve’s artistry to life in the most gratifying way possible. Fans of the comic book and fans of just great television have a lot to look forward to as they’ll travel on an unforgettable journey and watch in unison as the craziness unfolds.”