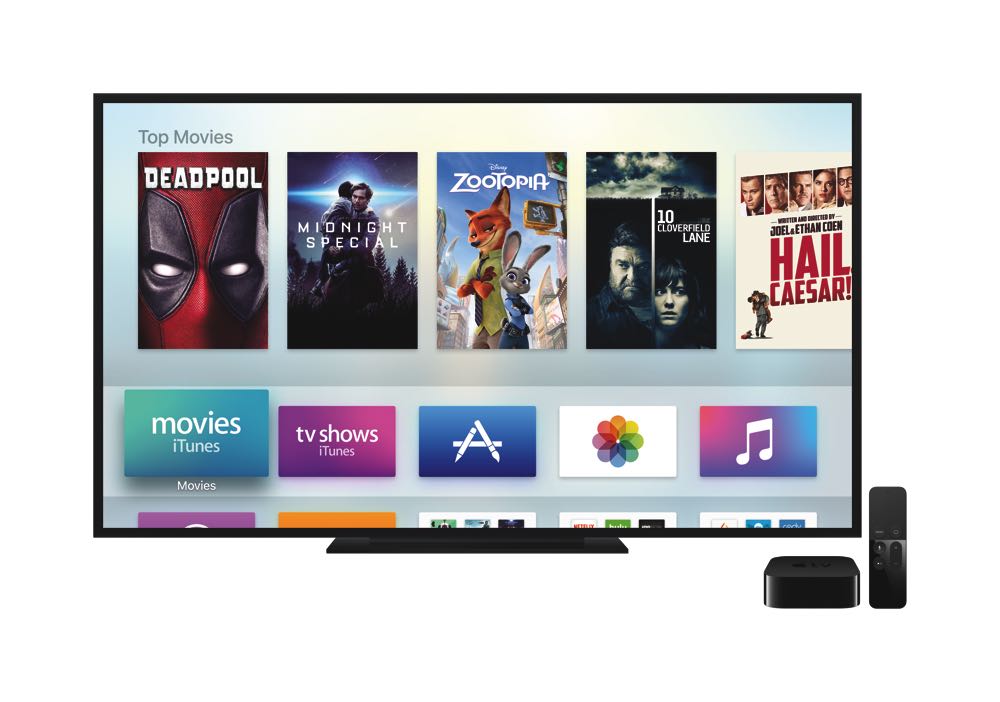 Apple® today announced powerful new Siri® capabilities, single sign-on for Apple TV® and many more great new features for users, making the entertainment experience in the living room even better. With expanded Siri capabilities, including searching across even more apps, YouTube search, topic search and tuning right into more live channels, customers can get to their favorite content even faster. The future of TV is apps, and with single sign-on customers can authenticate all the video channels from their pay-TV providers by simply signing in once to enjoy all of their network-TV apps.

“The future of TV is apps, and Siri on Apple TV has changed the way we interact with our television and these expanded features will continue to deliver viewers what they want to watch even faster,” said Eddy Cue, Apple’s senior vice president of Internet Software and Services. “There are over 6,000 apps to enjoy on your Apple TV including over 1,300 video channels, which are even more fun to watch with the new Siri features combined with single sign-on.”

New Siri Features & Functionality
Since the launch of Apple TV, Siri has gotten more powerful, now searching over 650,000 TV episodes and movies. Siri is available in even more countries with expanded capabilities.
Topic search for movies*: With the ability to ask Siri for a movie by topic or theme, you have even more ways to find the films you really feel like watching, such as “Show movies about baseball,” “Find documentaries about cars,” or “Find high school comedies from the ‘80s.”
YouTube search: Later this month, users can ask Siri to search YouTube, so you can say “Search YouTube for cute pug videos.”
Live tune-in: Ask Siri to go directly to a live channel inside a supported app, such as “Watch CBS News” or “Watch ESPN.”
Manage HomeKit™ accessories: Apple TV gives users control of HomeKit-enabled accessories so you can ask Siri to “Turn on the lights” or “Set the temperature to 70 degrees.” Apple TV also allows users to control HomeKit accessories when they are away from home or use it for home automation with the Home app on their iOS device.

Single Sign-on for Pay-TV Apps
For the first time, customers in the US will have a simplified way of enjoying pay-TV video channels by using single sign-on. Starting this fall, users only have to sign in once on Apple TV to enjoy immediate access to their favorite video channels that are included as part of their pay-TV subscription.
Once a user is signed into one network app, any other app on Apple TV from participating pay-TV providers will automatically log the user into all other supported apps requiring authentication.
During the single sign-on process, customers can view a page of all the authenticated apps that a pay-TV provider offers to more easily discover, download and enjoy all of their favorite video channels.
Any network-TV app can take advantage of this technology to enable single sign-on and simplify the process for their viewers.
Single sign-on will be available on both Apple TV and iOS.

The Future of TV is Apps
The latest Apple TV just launched last fall, giving developers unprecedented access to a modern platform like iOS but for the living room. With over 6,000 apps already available for Apple TV, the future of television is apps. Users can enjoy amazing experiences on the biggest screen in their home, work out with Zova or Daily Burn; plan their next trip with Airbnb or TripAdvisor; play SketchParty TV or NBA 2K16 with friends and family; buy their favorite designer brands on Gilt; learn to cook with Kitchen Stories Cookbook; catch up on news with ABC News; or watch their favorite shows, movies and sports with HBO NOW or Sling TV. Developers have only just begun tapping into the potential of tvOS™ and initial feedback has been tremendous.

“We easily extended our iOS game experiences to the living room — something that is incredibly difficult to do on traditional consoles,” said Hannibal Soares, CEO, BoomBit.

“tvOS has allowed STARZ to create an experience on Apple TV unlike anything we’ve done before and our subscribers are loving it!” said Chris Albrecht, CEO, Starz.

New tvOS APIs and tools available for developers include:
ReplayKit to enable developers to record and live broadcast from their apps;
PhotoKit to allow third-party app access to photos and videos in iCloud® Photo Library and iCloud Shared Stream;
HomeKit to create apps to control HomeKit devices from Apple TV;
App badging on the Home screen, to make it easier for users to know something new for them is available inside an app; and,
Game Center enhancements and support for up to four game controllers at a time.

Additional Apple TV Features and Updates
iOS users can download the new Apple TV Remote app with touch navigation, Siri and game play support.
Apple Music® has an all-new design, bringing greater clarity and simplicity to every aspect of the experience. The Library, For You, Browse and Radio tabs have been completely redesigned to provide an even greater sense of place, and a Search tab has been added to make finding music even easier.
Photos for Apple TV now supports the new Memories feature, making it easy to rediscover meaningful moments in a user’s photo library and share them on the big screen.
While users love the bright and fresh Apple TV interface, some may prefer a darker background to fit a home theater environment or darker rooms, so now users can select a dark background for Apple TV.
Universal apps will now automatically download on Apple TV and show up on the Home screen when an app has been added to a user’s iOS device.
When a keyboard appears on Apple TV, one will also appear on nearby iOS devices that are logged into the same iCloud account, making entering text even more convenient.

*Siri availability and functionality varies by country. Subscription required for some content.