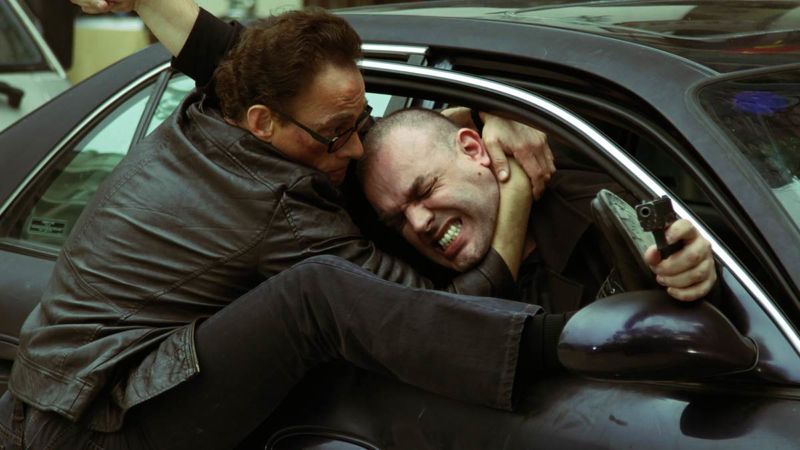 At the Hollywood premiere for his latest film, action star Jean-Claude Van Damme talked about his latest high octane, action drama POUND OF FLESH. The film is about a former black-ops agent Deacon who is in China to donate his kidney to his dying niece, only to awaken to find out that he is the latest victim of organ theft.  Patched up and pissed-off, Deacon’s righteous indignation and rage leads him throughout the city leaving a trail of blood and bodies in his wake. With the clock ticking on his niece’s life and losing more time and blood with each step he takes, the path of retribution is quick and remorseless.

With chatting with press on the red carpet, Jean-Claude Van Damme talked about working on the film:

POUND OF FLESH stars Jean-Claude Van Damme, John Ralston, Charlotte Peters.  It is written by Joshua James, directed by Ernie Babarash, and produced by Kirk Shaw courtesy of Odyssey Media Inc., and is distributed by eOne Entertainment.  POUND OF FLESH will be available in theaters and videos-on-demand and iTunes May 15, 2015.

Also appearing on the red carpet were stars Shelley Regner and Courtney James Clark appearing in support of POUND OF FLESH, as well as chatting about their respective new films PITCH PERFECT 2 (coming May 15th) and JURASSIC WORLD (coming June 12th):

Look for all three films coming this Summer to theaters near you!