The beloved anvil-armed sailor of the seven seas comes magically to life in POPEYE, arriving on Blu-ray for the first time ever December 1, 2020 from Paramount Home Entertainment. Starring the incomparable Robin Williams in his first big-screen role and Shelley Duvall as his devoted sweetie, Olive Oyl, the delightful musical celebrates its 40th anniversary this year, having debuted in theaters on December 12, 1980.

The new Blu-ray includes access to a Digital copy of the film, along with nearly 30 minutes of all-new bonus content featuring excerpts from one of Robin Williams’ final interviews, an interview with director Robert Altman from 2014, as well as a newly conducted interview with Stephen Altman. The full list of bonus features is below:
· Return to Sweethaven: A Look Back with Robin and the Altmans
· The Popeye Company Players
· Popeye’s Premiere
· The Sailor Man Medleys
· Theatrical Trailer

Legendary producer Robert Evans and screenwriter Jules Feiffer worked for nearly three years to get POPEYE into production. The film combined the talents of Robert Altman, composer and lyricist Harry Nilsson, numerous filmmaking artisans, and an outstanding cast of actors, mimes, athletes and street performers to bring the world of the beloved character to life. The result is an uplifting and visually delightful film that celebrates the magic of what Altman called “a genuine American hero.” 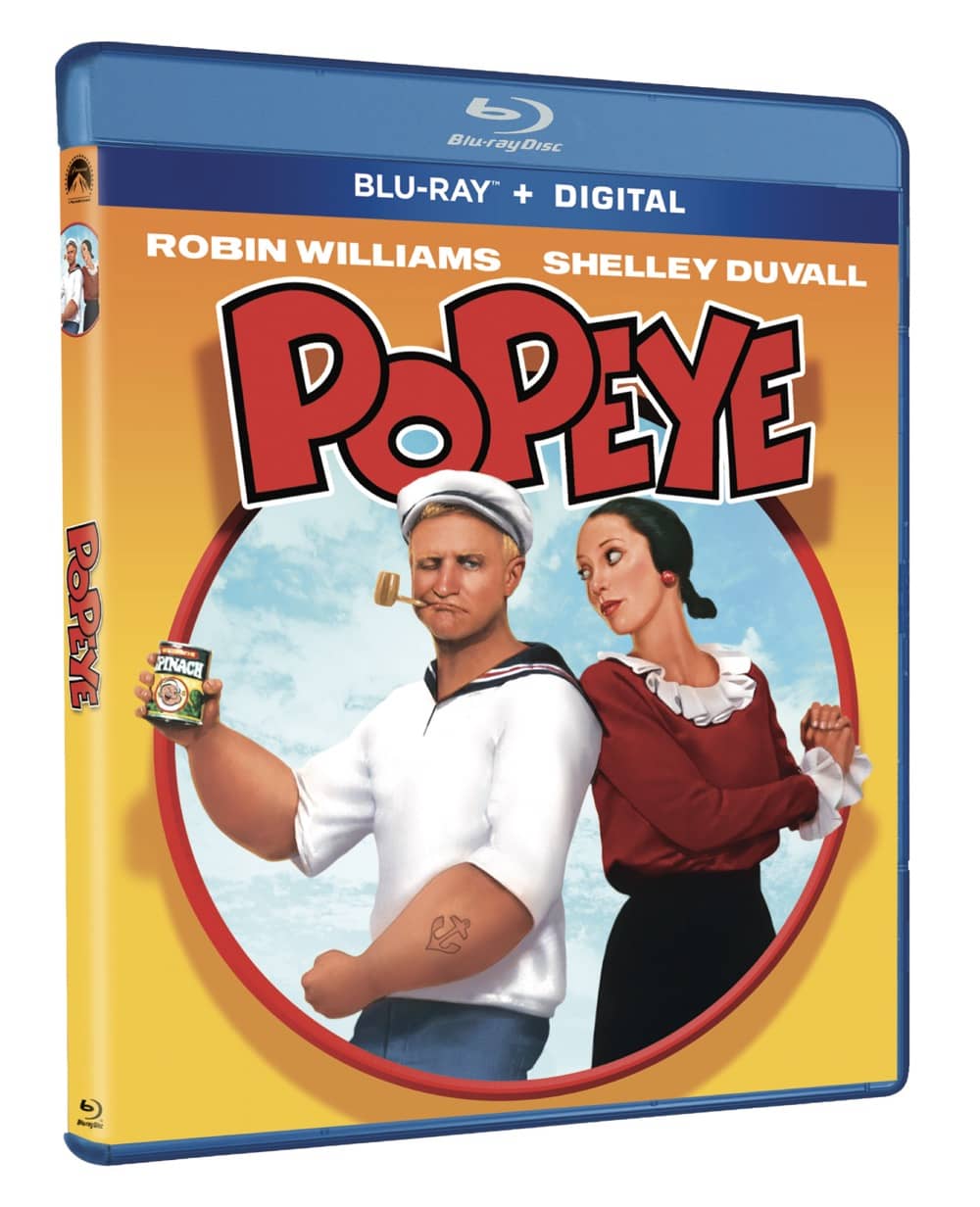