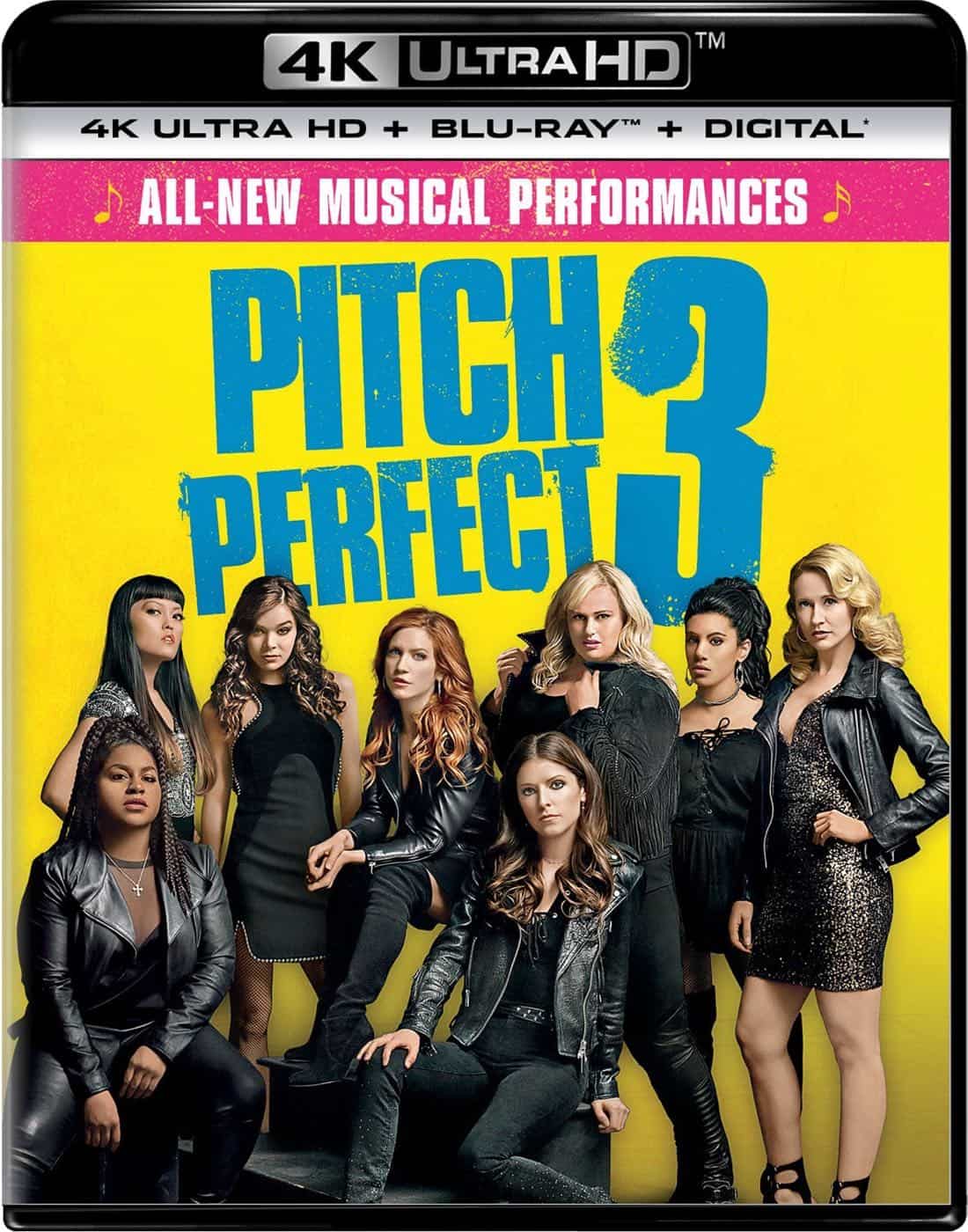 Now graduated from college, the fabulous Bellas of Barden University are back for one last call in Pitch Perfect 3. Beca, Fat Amy and the rest of the Bellas are off to face a post a cappella champion world in the high-spirited closing act to the franchise that sparked a worldwide phenomenon. Pitch Perfect 3 arrives on Digital on March 1, 2018 and Blu-ray™, DVD, On Demand and and via the all-new digital movie app MOVIES ANYWHERE on March 20, 2018 from Universal Pictures Home Entertainment. Filled with all-new musical performances, a hilarious gag reel, never-before-seen deleted footage and more, the exclusive behind-the-scenes bonus features make Pitch Perfect 3 a must-own film.

Now graduated from college, realizing it takes more than a cappella to get by, all the Bellas return in the final chapter in the beloved series. After the highs of winning the World Championships, the Bellas find themselves split apart and discovering there are no job prospects for making music with only your mouth. But when they get the chance to reunite for a European USO tour, this group of awesome nerds will come together to make some music, and some questionable decisions, one last time.

Pitch Perfect 3 will be available on 4K Ultra HD in a combo pack which includes 4K Ultra HD Blu-rayTM, Blu-rayTM and Digital. The 4K Ultra HD will include all bonus features on the Blu-rayTM disc.