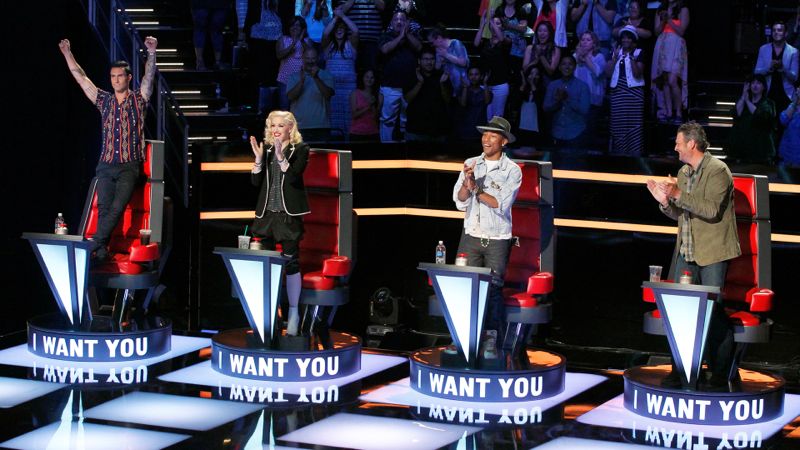 Pharrell Williams, who is receiving sensational reviews in his inaugural season of “The Voice,” will be returning to the eighth cycle of NBC’s Emmy Award-winning series with fellow coaches Adam Levine, Blake Shelton and Christina Aguilera, as previously announced. The eighth cycle will begin in early 2015.

Shelton and Levine have been with “The Voice” since the show began in 2011. Aguilera, who is also one of the original coaches, most recently appeared in cycle five.

“We are excited to welcome Christina back to her red chair and can’t wait to see how she mixes things up among Adam, Blake and Pharrell, in what will be an incredibly competitive competition” said Paul Telegdy, President, Alternative and Late Night Programming, NBC Entertainment. “These four talented artists are at the top of their game as musicians and as coaches. The mentoring is sure to be intense and the stakes will be high.”

“The Voice” has opened the new fall season as primetime’s #1 reality show and the #2 entertainment series on the Big 4 networks behind only CBS’s “Big Bang Theory” in adults 18-49, with Monday’s “Voice” averaging a 4.0 rating, 11 share in 18-49 and 12.9 million viewers overall and Tuesday originals delivering a 4.1/13 and 13.5 million viewers, according to “live plus same day” results reported to date by Nielsen Media Research.