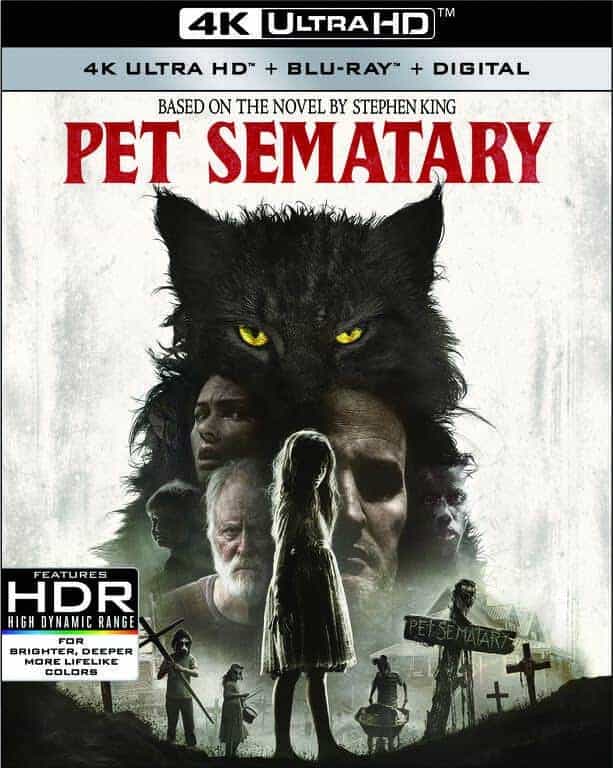 Seat42F and Paramount Home Media have teamed up to give one grand prize winner an autographed 4K copy of PET SEMATARY and a PET SEMATARY t-shirt. Two lucky runner up winners will receive a copy of PET SEMATARY on 4K. For a chance to win send an email to contest@seat42f.com and tell us your favorite Stephen King movie. Only one entry per person. Contest ends July 17th. Winners will be notified on July 18th via email.

The Digital*, 4K Ultra HD, and Blu-ray releases are packed with over 90 minutes of special features, including hair-raising deleted and extended scenes, a chilling alternate ending, a look at the main characters, behind-the-scenes footage, cast interviews and more.  A must-own for every Stephen King fan, PET SEMATARY is a “twisted and bone-chilling” (Meagan Navarro, Bloody Disgusting) thrill ride.

The film also boasts a Dolby Atmos® soundtrack to place and move audio anywhere in the room, including overhead**.  In addition, both the 4K Ultra HD and Blu-ray Combo Packs include access to a Digital copy of the film.

After the Creed family relocates from Boston to rural Maine, they soon discover an ancient burial ground hidden deep in the woods near their new home. When tragedy strikes, the grief-stricken father is driven by the cemetery’s sinister power, setting off a perilous chain of events that unleashes an unfathomable evil with horrific consequences.  Some secrets are best left buried in this twisted thriller.