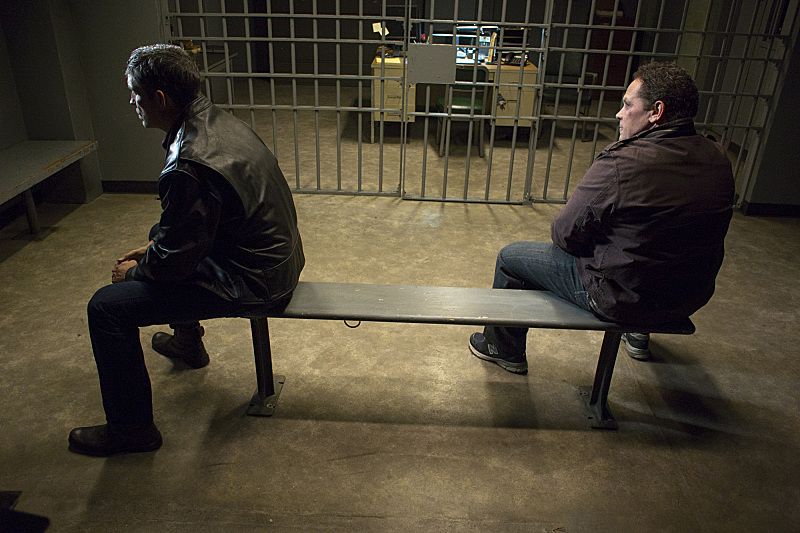 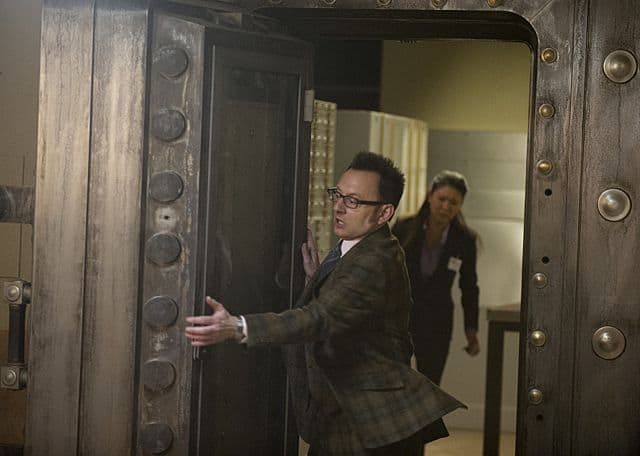 PERSON OF INTEREST Season 3 Episode 12 Aletheia Photos : “Aletheia” – Multiple enemies converge on the POI team as they protect a dying man with a connection to Finch’s past whose number has come up. They struggle to keep their enemies at bay without Reese, who has left the team and their mission behind following the tragic war with HR. However, being down one man could have catastrophic repercussions for the team, on PERSON OF INTEREST, Tuesday, Jan. 7 (10:01 – 11:00 PM, ET/PT) on the CBS Television Network. Camryn Manheim and Saul Rubinek guest star as Control and Arthur Claypool.