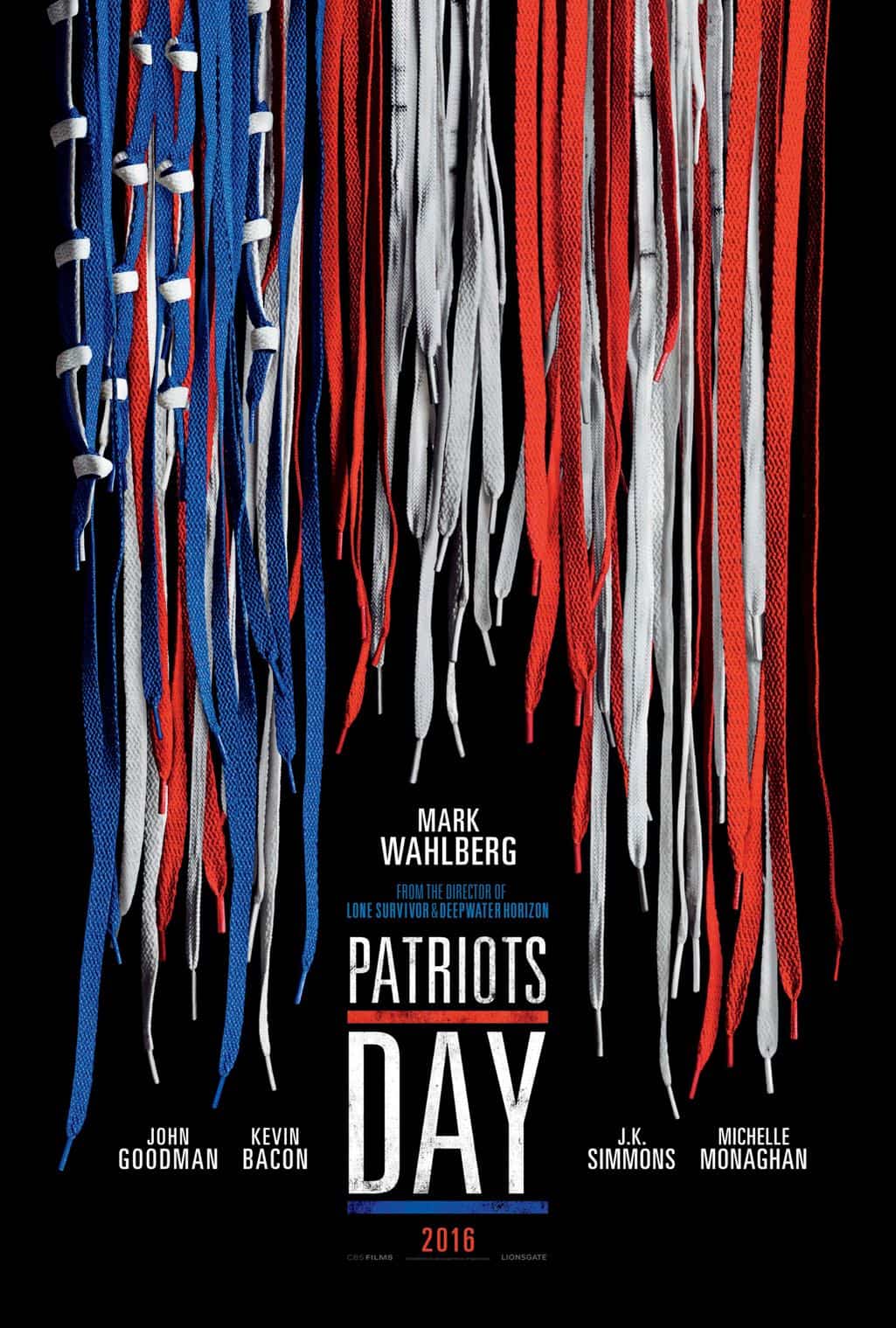 Seat42f and CBS Films have teamed up to give THREE lucky winners a Mark Wahlberg signed PATRIOTS DAY poster. For a chance to win leave a comment below telling us your favorite Mark Wahlberg movie. Only one entry per person. Contest ends December 29th. Winners will be notified on December 30th via email so make sure to use a valid email address when you post your comment. Open to US Residents Only.

PATRIOTS DAY will open in Boston, New York, and Los Angeles on December 21, 2016
The film will open nationwide on January 13, 2017

In the aftermath of an unspeakable attack, Police Sergeant Tommy Saunders (Mark Wahlberg) joins courageous survivors, first responders and investigators in a race against the clock to hunt down the bombers before they strike again. Weaving together the stories of Special Agent Richard Deslauriers (Kevin Bacon), Police Commissioner Ed Davis (John Goodman), Sergeant Jeffrey Pugliese (J.K. Simmons) and nurse Carol Saunders (Michelle Monaghan) this visceral and unflinching chronicle captures the suspense of one of the most sophisticated manhunts in law enforcement history and celebrates the strength of the people of Boston.