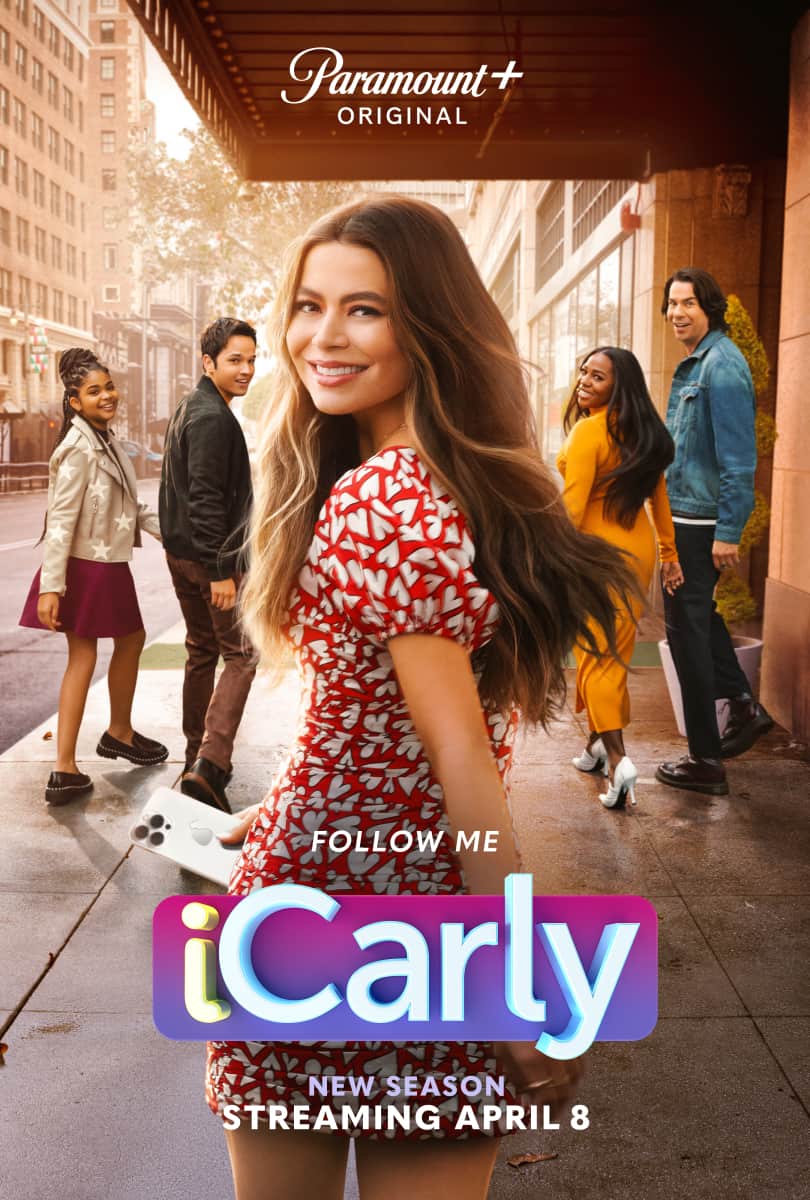 Paramount+ today released the official trailer for season two of its hit original series iCARLY. The season will premiere with two all-new episodes, beginning on Friday, April 8, exclusively on Paramount+ in the U.S., Canada, Latin America, Australia and the Nordics. Produced by Nickelodeon Studios and based on the original hit sitcom, iCARLY follows Carly Shay, the original influencer, and her friends as they navigate work, love and family in their 20s. Following the two-episode season premiere, new episodes will drop weekly on Fridays.

The 10-episode second season of Paramount+’s iCARLY picks up right after the first season ended, with Carly refocusing her attention on her friends and family following her romantic complications, all while working to boost her revived web channel. Spencer and Harper must also navigate new personal and career developments, while Freddie balances raising Millicent with a new app and a new girlfriend. The series stars Miranda Cosgrove as Carly, Jerry Trainor as Spencer, Nathan Kress as Freddie, Laci Mosley as Harper and Jaidyn Triplett as Millicent.

Nickelodeon’s original “iCarly” series, which ran from 2007-2012, followed a group of best friends as they created a webcast for and about kids their age while grappling with everyday problems and adventures. During its initial run, “iCarly” became a pop-culture staple and regularly broke viewership records among audiences of all ages. The original “iCarly” series was created by Dan Schneider.

Paramount+, a direct-to-consumer digital subscription video on-demand and live streaming service, combines live sports, breaking news and a mountain of entertainment. The premium streaming service features an expansive library of original series, hit shows and popular movies across every genre from world-renowned brands and production studios, including BET, CBS, Comedy Central, MTV, Nickelodeon, Paramount Pictures and the Smithsonian Channel. The service is also the streaming home to unmatched sports programming, including every CBS Sports event, from golf to football to basketball and more, plus exclusive streaming rights for major sports properties, including some of the world’s biggest and most popular soccer leagues. Paramount+ also enables subscribers to stream local CBS stations live across the U.S. in addition to the ability to stream the company’s other live channels: CBSN for 24/7 news, CBS Sports HQ for sports news and analysis, and ET Live for entertainment coverage.

Nickelodeon, now in its 42nd year, is the number-one entertainment brand for kids. It has built a diverse, global business by putting kids first in everything it does. The brand includes television programming and production in the United States and around the world, plus consumer products, digital, location-based experiences, publishing and feature films. For more information or artwork, visit http://www.nickpress.com. Nickelodeon is a part of Paramount’s (Nasdaq: PARA, PARAA) global portfolio of multimedia entertainment brands.