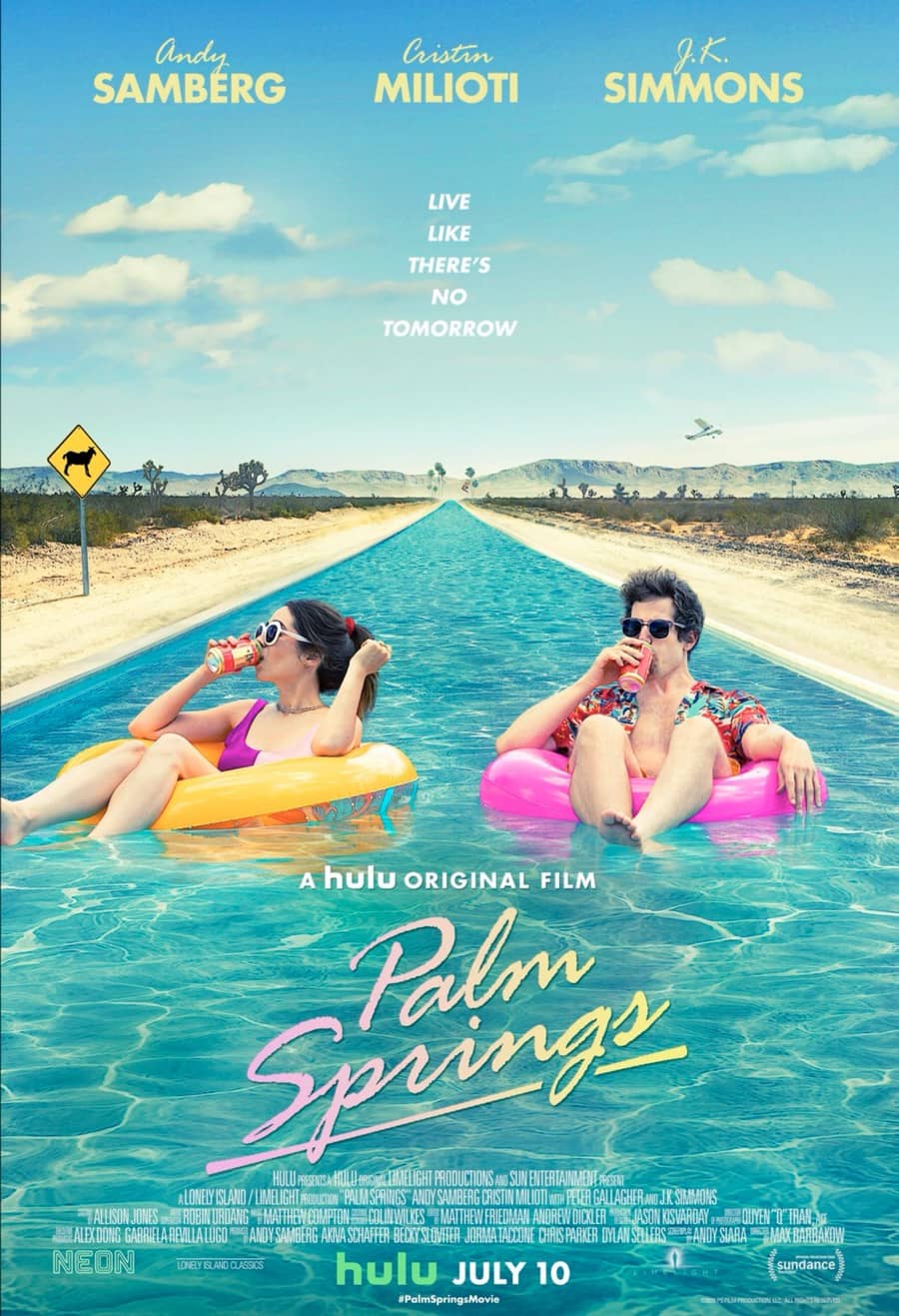 Palm Springs Trailer – When carefree Nyles (Andy Samberg) and reluctant maid of honor Sarah (Cristin Milioti) have a chance encounter at a Palm Springs wedding, things get complicated when they find themselves unable to escape the venue, themselves, or each other.

Ever feel like every day is the same day? #PalmSpringsMovie premieres July 10 on Hulu.