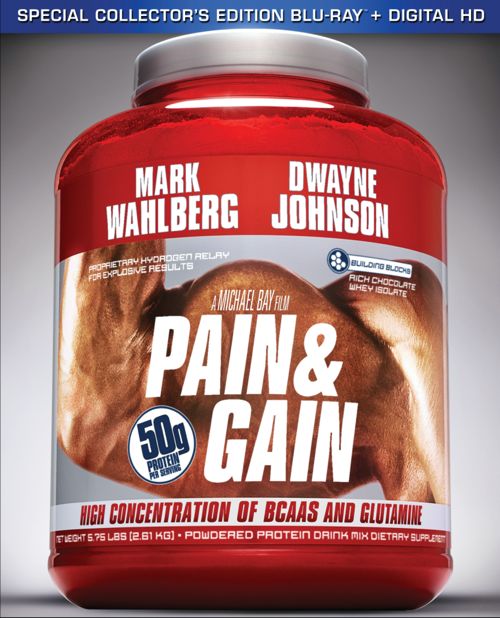 Seat42f and Paramount Home Entertainment have teamed up to give THREE lucky winners a copy of PAIN & GAIN Special Collector’s Edition on BLURAY. For a chance to win leave a comment below telling us why you want to add PAIN & GAIN Special Collector’s Edition to your BLURAY collection. Only one entry per person. Contest ends December 11th. Winners will be notified on December 12th via email so make sure to use a valid email address when you post your comment.

The PAIN & GAIN Special Collector’s Edition Blu-ray includes nearly an hour of in-depth and exciting bonus footage that takes viewers inside the surreal true story and its intriguing cast of characters.  Discover Michael Bay’s vision for this character-driven story and explore the histories of Daniel Lugo, Paul Doyle, Adrian Doorbal and Victor Kershaw and their sensational descent into an inescapable web of horrifically bizarre crime.