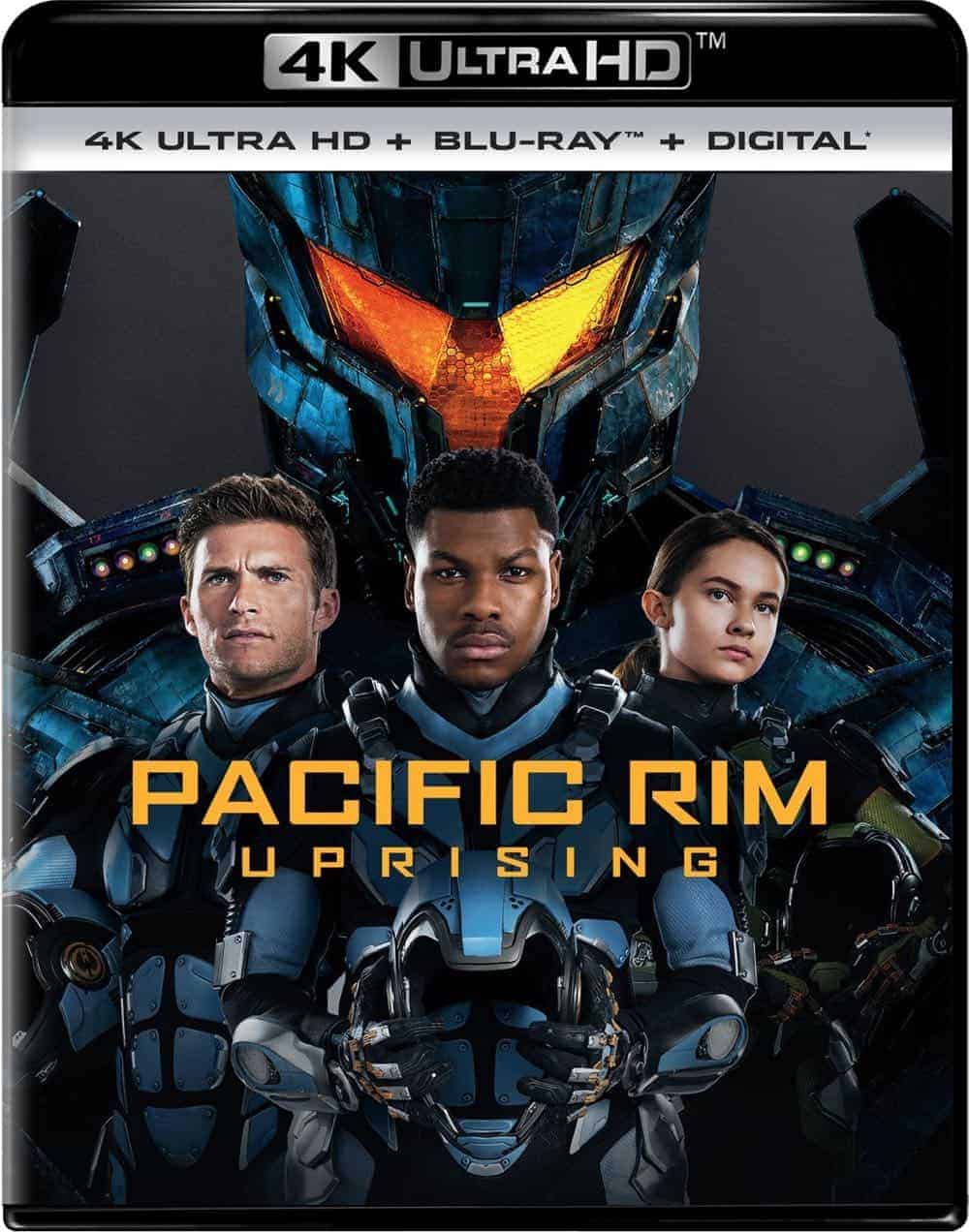 Ten years after the events of the first film, the Kaiju return in Pacific Rim Uprising with a new deadly threat that reignites the conflict between these otherworldly monsters of mass destruction and Jaegers, the human-piloted super-machines that were built to vanquish them. Pacific Rim Uprising arrives on Digital and the all-new digital movie app MOVIES ANYWHERE on June 5, 2018, as well as on 4K Ultra HD, 3D Blu-rayTM, Blu-rayTM, DVD and On Demand on June 19, 2018 from Universal Pictures Home Entertainment. Building on the striking visual world created in the first film, Pacific Rim Uprising features a next-generation battleground complete with upgraded Jaegers and new Kaiju that offers a captivating a state-of-the-art spectacle perfect for your next night in. Experience one-of-a-kind special effects and more than forty minutes of bonus content when you own the next installment on 4K Ultra HD, 3D Blu-rayTM, Blu-rayTM and DVD.

In Pacific Rim Uprising directed by Steven S. DeKnight, John Boyega (Star Wars: The Force Awakens) stars as the rebellious Jake Pentecost, a once-promising Jaeger pilot whose legendary father gave his life to secure humanity’s victory against the monstrous Kaiju. Jake has since abandoned his training only to become caught up in a criminal underworld. But when an even more unstoppable threat is unleashed to tear through our cities and bring the world to its knees, he is given one last chance to live up to his father’s legacy. Jake is joined by gifted rival pilot Lambert (The Fate of the Furious’ Scott Eastwood), 15-year-old Jaeger hacker Amara (newcomer Cailee Spaeny), returning veterans Charlie Day (“It’s Always Sunny in Philadelphia”), Rinko Kikuchi (Pacific Rim), Burn Gorman (The Dark Knight Rises) and a talented crew of fiercely young cadets. The international cast also includes Tian Jing (Kong: Skull Island) and Adria Arjona (“Emerald City”). Rising up to become the most powerful defense force to ever walk the earth, they set course for a spectacular all-new adventure on a towering scale.

The film will be available on 4K Ultra HD in a combo pack which includes 4K Ultra HD Blu-rayTM, Blu-rayTM and Digital. The 4K Ultra HD disc will include the same bonus features as the Blu-rayTM version, all in stunning 4K resolution.
4K Ultra HD is the ultimate movie watching experience. 4K Ultra HD features the combination of 4K resolution for four times sharper picture than HD, the color brilliance of High Dynamic Range (HDR) with immersive audio delivering a multidimensional sound experience.