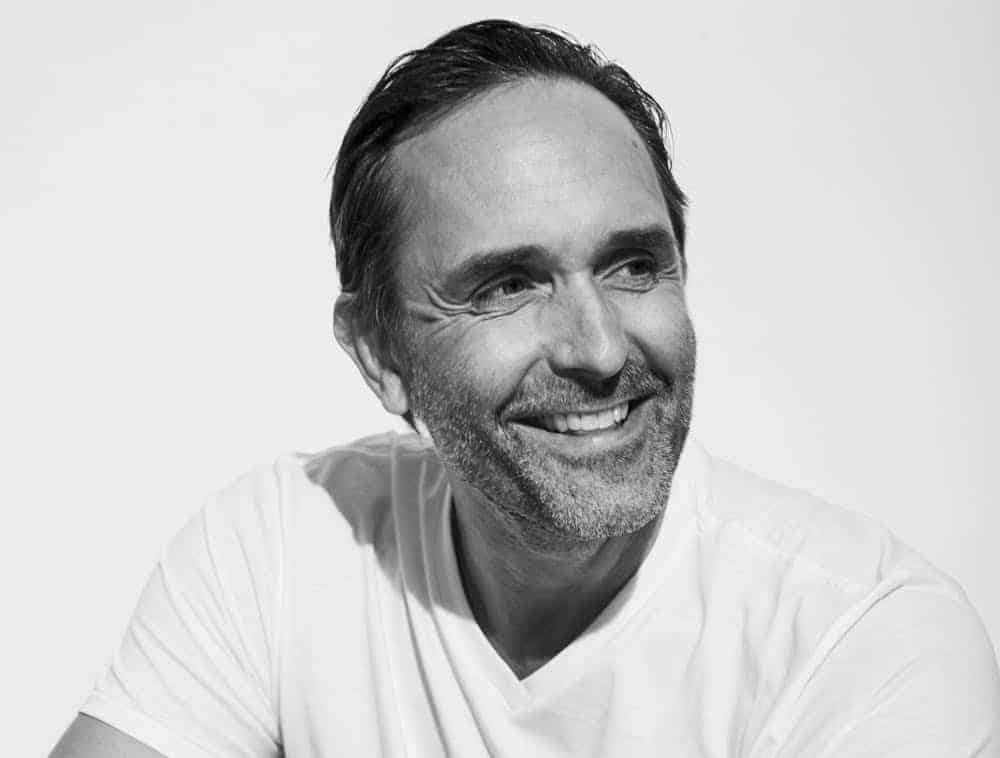 Taking a walk on the dark side of life in the role of Cade Langmore in the Netflix drama OZARK, Trevor Long digs into the soul off a character that man seems a bit soulless on screen. Even villains with dark hearts usually have one person they care for in their lives and for Cade Langmore that is his daughter Ruth (Julia Garner). Thus, Trevor’s portrayal gives Cade a bit more heart than perhaps a villain should have. In an exclusive interview, Trevor talks about what he found intriguing and satisfying about portraying Cade and working on OZARK.

What was the initial appeal for you about portraying Cade Langmore and working on Netflix’s OZARK?
TREVOR: I was drawn right away to the script. After reading the pilot, I knew this was a world I wanted to explore. Also, the talent that was already lined up with Jason Bateman, Laura Linney and Julia Garner. Although Cade wasn’t in the pilot, after reading his scenes for the audition, I was intrigued by his power and relationship with his daughter, Ruth Langmore. I also had a working relationship with Chris Mundy, the showrunner, so I knew this was going to be one hell of a show.

How would you describe who Cade is in the series?
TREVOR: Cade is someone who has a lot of power and control over the Langmore family. He is deeply flawed and abuses his power, yet there is a love and bond with Ruth [Julia Garner] that runs deep in him. He has one thing only on his mind: to put Marty Bryde [Jason Bateman] out of commission and steal his millions of dollars that he amasses from laundering money with the drug Cartel.

What do you most admire about him?
TREVOR: This is a hard one. That being said, it’s my job to find the spark of humanity and goodness in anyone I am playing. I admired his love for his daughter Ruth, even though he did not have the means to channel it properly.

What is it like working alongside such a talented ensemble on OZARK?
TREVOR: It is truly indescribable. I definitely had to be at the top of my game, but the level of trust and talent I was surrounded by brought out my ability to play like a kid at the playground, yet get the job done. Bateman’s direction in the first two episodes put me at ease right away. He has such a great balance of playfulness and precision when directing.

How would you describe the dynamic between Cade and Ruth?
TREVOR: There is definitely a power struggle going on between Ruth and Cade. They have a very dysfunctional relationship with her need to be respected by her father and his need to keep her loyalty with the Langmore family as they go after the Byrde family. This struggle tends to put them in dangerous situations. Cade is manipulative and abusive with Ruth, and this forces her hand to choose between daddy or Marty Byrde.

Any favorite scenes that you can share from working on the series?
TREVOR : At this point I can’t say too much. That said, there is one scene where Cade and Ruth are very vulnerable with one another. I felt the love between father and daughter to be powerful in that quiet, tender moment between them. It was a pretty moving scene to go through. The director, Alik Sakharov, really drew it out of us.

What challenges did you face working on the show and how did you overcome them?
TREVOR: Due to the high caliber of talent and pressure of working on a show like OZARK, I was faced with nerves and some doubts that caused me to put a lot of demands on myself. But I buckled down and worked hard to make sure I was fully in it, so that on the day, I could let go and play like a 9-year-old.

Has OZARK left an impression on you in your life? If so, in what way?
TREVOR: I learned that I love what I do and that it is a great privilege to be doing it with such talented people. And working on this show made it clear that I am happiest when immersed in work that is really good, with such fantastic writing.

As an actor, what has been the one thing you have taken away from the experience of working on OZARK?
TREVOR: It showed me that I can deliver, even on a show with such high stakes and that at the end of the day, it’s about having fun while getting the work done.  You are also in the new indie film “Seeds.”

Who do you get to portray in the film and what did you like about the role?
TREVOR: I play a character named Marcus, who is very refined, gentle, introspective, and intelligent. He is quite the opposite of Cade in OZARK. I liked the fact that this role originally scared the hell out of me, because I didn’t know if I could pull it off. I think the role would be challenge for any actor. A lot of Marcus’ inner turmoil wasn’t laid out on the page, yet in the end, once I got lost in him, it was freeing to let his inner world take over.

What did you appreciate most about that experience in working on “Seeds”?
TREVOR: Working and collaborating closely with my brother, Owen, who was the director of the film.

What has surprised you most about your career so far?
TREVOR: That I stayed with it for so long, regardless of the struggle, and that I truly love doing it as much, or even more than when I first started out.

At this stage of your career, what do you think you have learned from the roles and projects you have worked on?
TREVOR: I have learned that you must put in the work, yet it’s like a delicate dance that is both rigorous and effortless. It is an inner journey into one’s imagination that reveals things that are very surprising and things come up that you never knew about yourself.

What are the perks of where you are in your career right now?
TREVOR: OZARK has definitely brought my work to a much larger audience. The perk is that I’m still making my living as an actor! It also isn’t bad that I’m getting to play some dark characters— they are the most fun to portray.

What has been your proudest achievement as a working actor at this point in your career?
TREVOR: I would have to say playing Cade is my proudest achievement, because it was clearly the biggest role I have played to date on television, but it’s also one of the more interesting, flawed characters I’ve ever encountered. I am proud that they trusted me to play Cade.

Has there been any great advice you have gotten about working as an actor?
TREVOR: Just breathe. Listen and breathe. Fully immerse yourself in your imagination as you explore the words and mysteriously bring them to life.

OZARK Season 2 is currently available for binge-watching on Netflix.