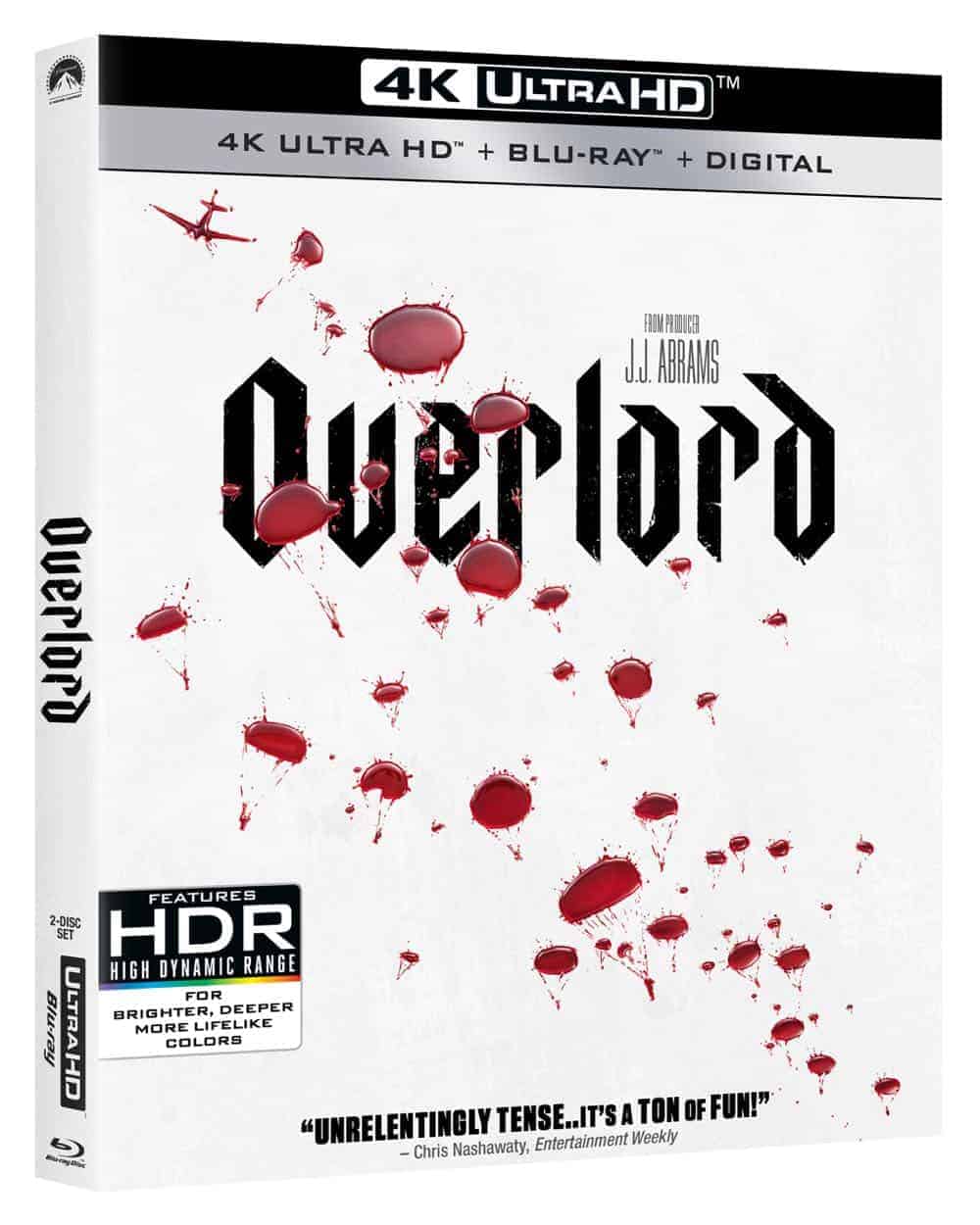 Seat42F and Paramount Home Media have teamed up to give three lucky winners a copy of OVERLORD on 4K Blu-ray. For a chance to win send an email to contest@seat42f.com and tell us your favorite J.J. Abrams movie. Only one entry per person. Contest ends February 27th. Winners will be notified on February 28th via email.

Embraced by critics, OVERLORD is Certified Fresh on Rotten Tomatoes and was hailed as “wonderfully tense and truly exhilarating” (Jonathan Barkan, Dread Central). The wildly entertaining genre mash-up boasts a stellar ensemble cast, non-stop action and plenty of wild twists you have to see to believe.

Fans can go even further behind enemy lines with nearly an hour of explosive bonus material on 4K Ultra HD Combo Pack, Blu-ray Combo Pack or Digital*. The 4K Ultra HD disc and 4K Ultra HD Digital release** feature Dolby Vision® HDR, which brings entertainment to life through ultra-vivid picture quality. When compared to a standard picture, Dolby Vision can deliver spectacular colors, highlights that are up to 40 times brighter, and blacks that are 10 times darker. The film also boasts Dolby Atmos® audio mixed specifically for the home to place and move audio anywhere in the room, including overhead***. In addition, both the 4K Ultra HD and Blu-ray Combo Packs include access to a Digital copy of the film.