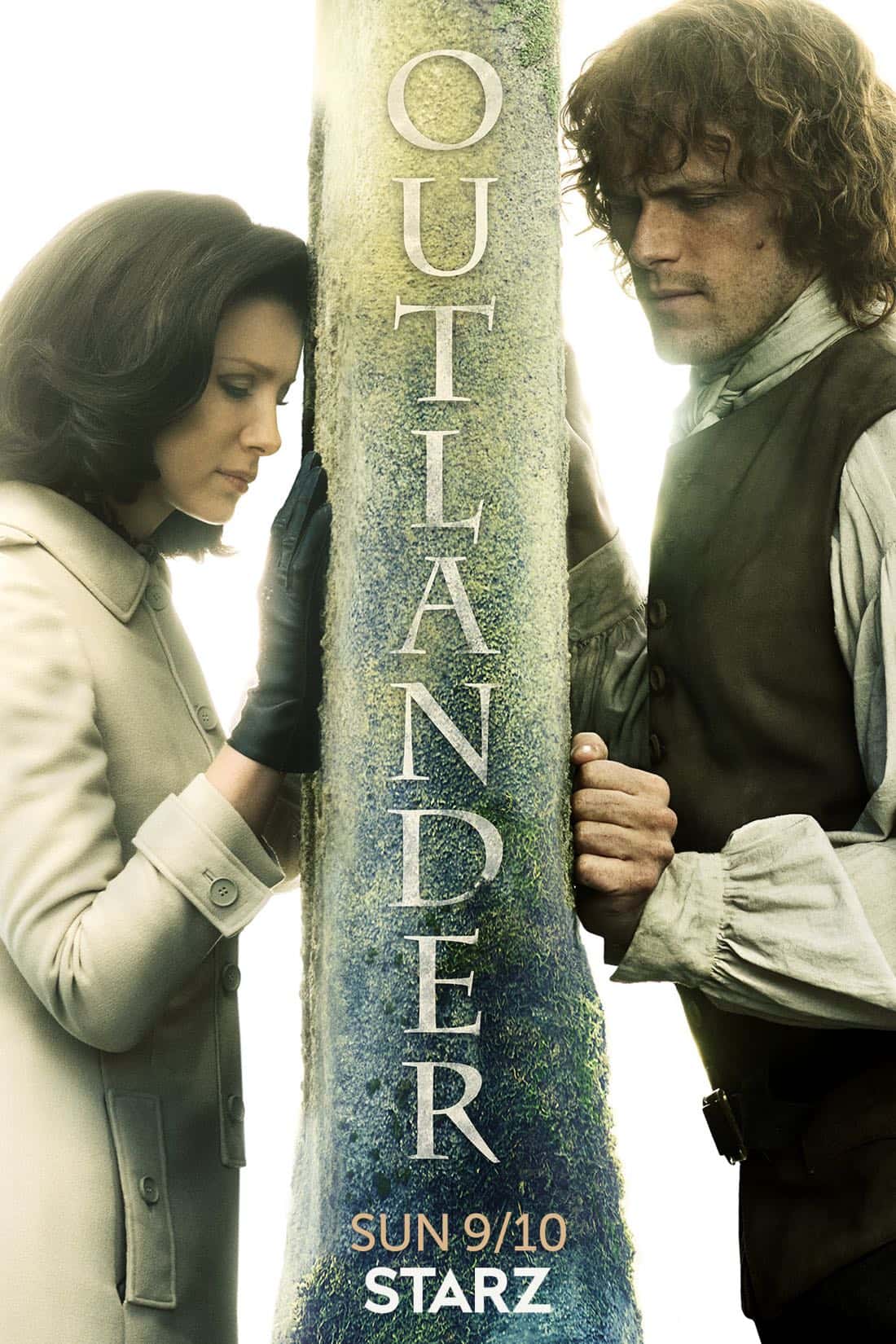 Starz, in association with Sony Pictures Television, has announced that season three of the Golden Globe® nominated series “Outlander” will return on Sunday, September 10th at 8PM ET/PT. The third season will include 13 episodes based upon Voyager, the third of eight books in Diana Gabaldon’s international best-selling Outlander series, developed for television by executive producer Ronald D. Moore (“Battlestar Galactica,” “Star Trek: Deep Space Nine,” “Star Trek: The Next Generation”). “Outlander” will attend Comic-Con International: San Diego again this summer, offering fans an up close and personal experience with the adored series.

Starz today also released the official season three key art for “Outlander,” which illustrates a distant Claire (Caitriona Balfe) and Jamie (Sam Heughan) on opposite sides of the standing stone that once brought them together. The two are set in vastly different eras: Claire in the 1960’s, and Jamie in the 1700’s.

The marathon third season production filmed across ten months in its home base in Scotland, followed by Cape Town, South Africa, to shoot pivotal sea voyage scenes on the former sets of the STARZ original series “Black Sails.”