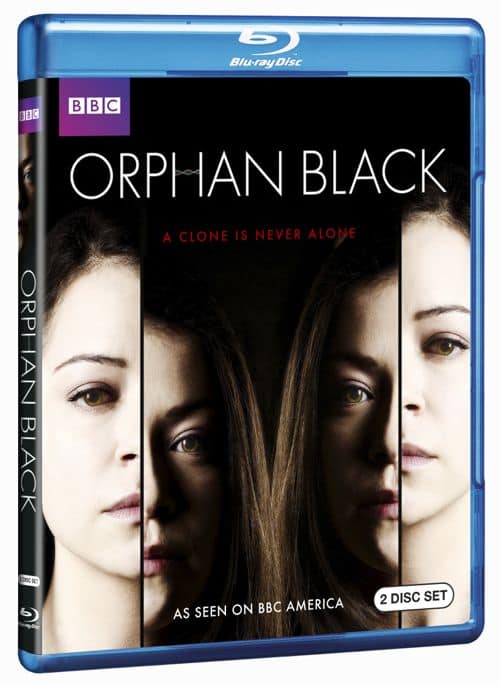 Seat42f and BBC Home Entertainment have teamed up to give THREE lucky winners a copy of ORPHAN BLACK Season 1 on BLURAY. For a chance to win leave a comment below telling us why you want to add ORPHAN BLACK Season 1 to your BLURAY collection. Only one entry per person. Contest ends July 23rd. Winners will be notified on July 24th via email so make sure to use a valid email address when you post your comment.

Smart, sexy and pulsating with suspense – BBC AMERICA’s hit new original series, Orphan Black features rising star Tatiana Maslany (The Vow, Picture Day). Maslany portrays Sarah, an outsider and orphan whose life changes dramatically after witnessing the suicide of a woman, “Beth,” who looks just like her. Sarah takes her identity, her boyfriend and her money. But instead of solving her problems, the street-smart chameleon is thrust headlong into a kaleidoscopic mystery. She makes the dizzying discovery that she and the dead woman are clones… but are they the only ones? Sarah quickly finds herself caught in the middle of a deadly conspiracy, racing to find answers.

The Hollywood Reporter says: “It is, flat out, one of the most intriguingly entertaining new series of the year,” and the New York Post says: “If God and the Emmys are fair, at least six Maslanys will be picking up statuettes this September.”Orphan Black premiered on BBC AMERICA’s Supernatural Saturday programming block on March 30, 2013.