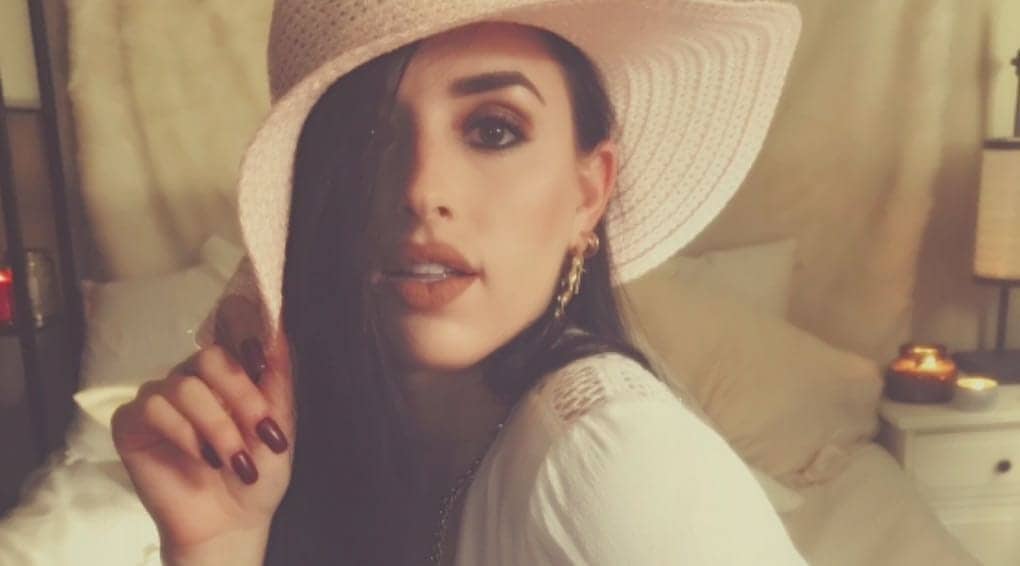 Jumping right into the musical mainstream with her newest album “Open Book,” singer Madeline Lauer hopes to make a musical splash. The indie artist with a sultry voice has previously released her songs include: “Curious,” “All For You” “Highway,” and “Anchor” (each more hypnotic than the last) is currently ramping up to share her art with a wider audience and to finally capture the ears of today’s youth with a pure sound offering a sense of truth and joy.  In an exclusive interview, Madeline talks about her musical influences and inspiration, as well as her keen desire to keep creating her music and sustaining her soul in the process.

What initially drew you into the world of song and performance?
MADELINE:  I couldn’t say there was a moment that I remember deciding this is what I wanted to do; it was always in me. I know nothing else honestly. When I was 16 years old, my grandfather suggested I fly to Chicago to write and record at his friend’s studio. It was the beginning of me realizing I wanted to be a recording artist.

What was the moment when you realized that you had finally “made it”?
MADELINE:  I haven’t made it whatsoever. I feel like I am just getting started as the artist I’ve always wanted to be.

How would you describe your style of music?
MADELINE:  My music is a mix between R&B, Jazz, and hip hop. However, the melodies are heavily pop influenced. I like to think it’s unique and that I have created my own lane. I just want everything to sound personal, sensual, and groovy.

What continues to be your source of inspiration in your music?
MADELINE:  Aaliyah is my absolute favorite. You can probably tell by the way I write. Although, Amy Winehouse and Sam Cooke are continuously on repeat in my home as well.

What do you think you have learned from your professional journey so far?
MADELINE:  Mainly to trust my instincts. Also to not completely rely on anyone but myself. But most of all, to be patient. I feel like If I were my younger self diving into this journey, it would be a disaster. I am more ready than I have ever been. I love who I am now, I love my sound, and I am proud of my unique journey.

Are there any cool perks of where you are in your career right now?
MADELINE:  No one knows who I am right now. However, my life is already sweet enough. Having the amazing friends and family I have are my perks.

Do any of your projects ever leave a lasting impression on you?
MADELINE:  “Open Book” is the latest project I have finished. It’s so special to me because It is the best representation of who I am now as an artist. I have two projects before “Open Book” and I felt like they were strictly experimental.

What project would you like to revisit and why?
MADELINE:  Before “Open Book,” I did an untitled album with a friend of mine that was a completely different vibe. I sometimes revisit those songs and reminisce on how far I have come. Although, those songs were so cool in their own way. I was going through a very sexual phase in my life then, and the music reflected it. I wish sometimes I could rerecord them as the stronger singer I am now.

Has there been any great advice you have gotten?
MADELINE:  My friend Jaz told me a long time ago the best advice I’ve ever gotten. He said “You should look at your life as a train. You are always on your own train. People will get on and off all the time but you have to just keep moving, and NEVER hop on someone else’s train and forget about yours.” It’s a wonderful reminder that I have my own path and to not get distracted.

What advice would you offer to other upcoming and aspiring singers/performers?
MADELINE:  LIVE LIFE, and have something to say. Make your music personal, and Tell YOUR story. Also, trust your instincts. If something doesn’t feel right, it probably isn’t.

What do you consider to be one of your proudest accomplishments as a singer/performer?
MADELINE:  I got a Bachelors degree from the Los Angeles Film and Recording School. If you know me, it’s truly amazing that I had that much discipline. I learned how to record my own music.

Do you have any other upcoming projects that you can share that fans should keep an eye out for?
MADELINE:  “Open Book” will be available everywhere in May. There will be a follow up album called “Non Fiction” that will come shortly after . Same vibe but a little sexier and a little darker. I will talk about more of the struggles I went through while living in L.A. and trying to pursue this crazy dream of mine.

At a time when women’s voices are rising to be heard and respected around the country and world, what do you recommend your fans do to lend support in that endeavor?
MADELINE:  Everyone thinks men rule the world, but they have to remember there is a beautiful balance in humanity. Women provide more than is mentioned. My mother was named 46th in Forbes top 200 financial advisors in The United States. I have always been taught that women can do anything they want. It was only as I got older that I realized how hard that must have been for her to be this successful as a woman.

What do you recommend your fans get involved with in order to further support musical artists?
MADELINE:  I mean, I would just say please get subscriptions to Spotify or buy the music. PLEASE do not steal it. You have no idea how much time, people and money it takes to make your favorite music.

Where can fans find out more about you and your music?
MADELINE:  My Instagram is a total insight into my world. It also provides links to where you can buy my album “Open Book” and view my music videos: www.youtube.com/madelinelauer

To hear more of Madeline’s music, be sure to check out her album “Open Book” when it debuts in May 2017 and keep an eye out for her next album “Non Fiction” to be released at a future date. Here are a few of Madeline’s music videos:

Madeline’s most recent single “Come Around” can be found at: Come Around-MADELINE by Madeline