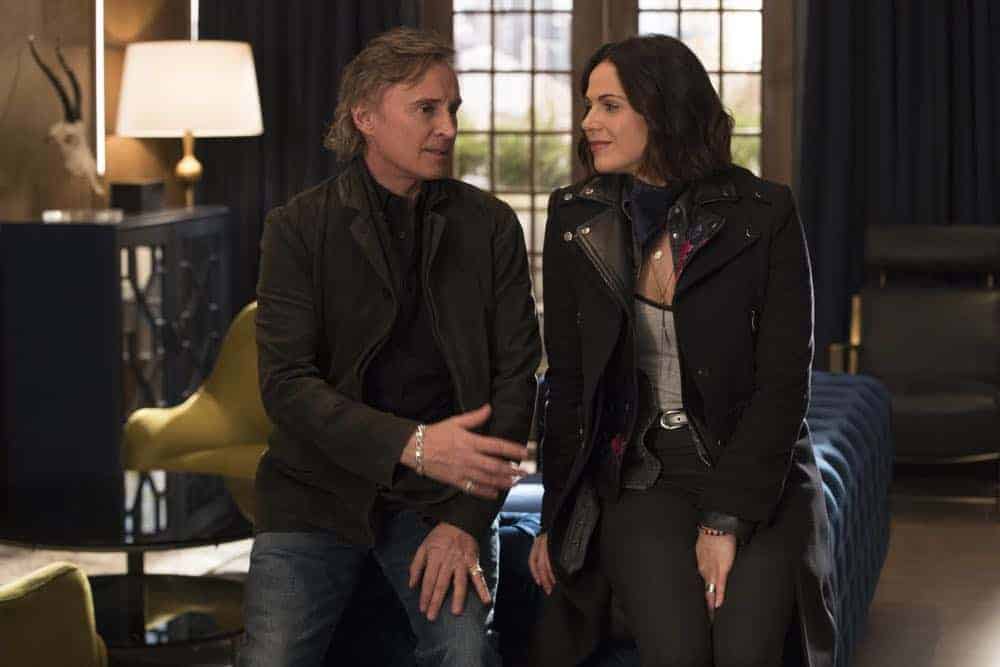 “The Guardian” – Following Nick’s death, Weaver discovers the Dark One Dagger has been taken and sets out to get it back, even if it means betraying Roni’s trust. Meanwhile, Margot takes Tilly on a date, but their time together takes an unexpected twist. In a flashback, Rumple, desperate to be reunited with Belle, pays Alice a visit, on “Once Upon a Time,” FRIDAY, APRIL 20 (8:00–9:01 p.m. EDT), on The ABC Television Network, streaming and on demand. ONCE UPON A TIME Season 7 Episode 18 Photos The Guardian.

Guest starring in this episode are Rose Reynolds as Alice/Tilly, Tiera Skovbye as Robin/Margot, Daniel Francis as Dr. Facilier/Mr. Samdi, Nathan Parsons as Nick Branson/Jack and Jeff Pierre as Naveen/Drew.

“The Guardian” was written by David H. Goodman & Brigitte Hales, and directed by Geofrey Hildrew.

“Once Upon a Time” is broadcast in 720 Progressive (720P), ABC’s selected HDTV format, with 5.1-channel surround sound. This program carries a TV-PG, LV parental guideline.