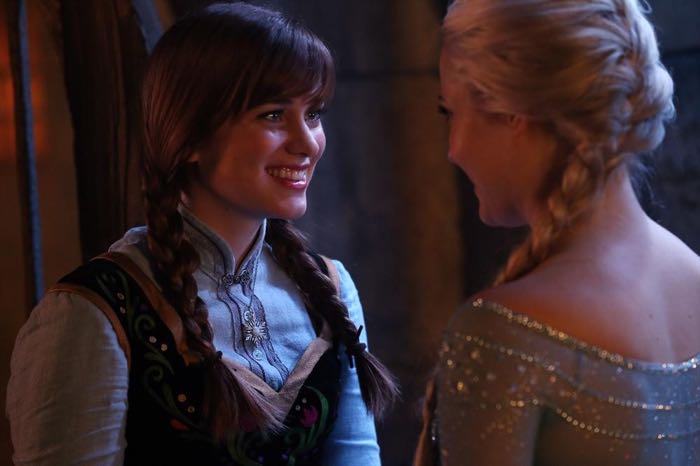 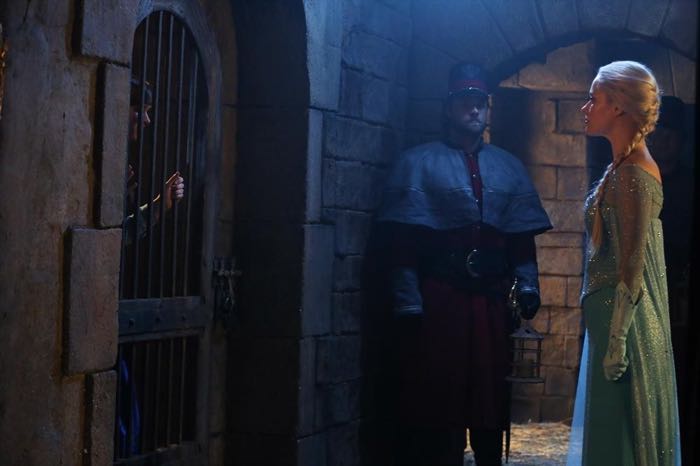 ONCE UPON A TIME Season 4 Episode 8 Photos Smash the Mirror :

“Smash the Mirror” – In Arendelle, when the Snow Queen tries to pit Elsa and Anna against each other and it proves more difficult than she anticipates, she takes drastic measures. Meanwhile, in Storybrooke Emma’s powers are out of control and her fear of hurting loved ones pushes her away from everyone she cares about. In her confusion, Emma turns to Gold for help getting her powers under control. Gold tells her about a way to get rid of her powers altogether and Hook tries to put a stop to it.  Meanwhile, Regina struggles with her plan to find the author of the storybook until her quest takes an unexpected turn. Robin Hood recruits Will Scarlet to assist him on a mission and Mary Margaret and David search for Emma in this special, two-hour “Once Upon a Time” airing SUNDAY, NOVEMBER 16 (8:00–10:01 p.m., ET) on the ABC Television Network.