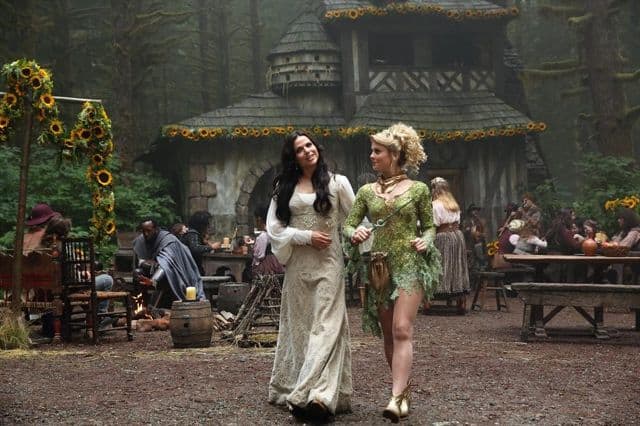 ONCE UPON A TIME Season 3 Episode 3 Quite A Common Fairy Promo : “Quite a Common Fairy” – In their continuing quest to find Peter Pan’s hideout and save Henry, Hook suggests tracking down Tinker Bell in the hope that she will lead them straight to his camp. Pan reveals to Henry why he has brought him to Neverland and in the Enchanted Forest, Neal has a plan that could transport him to Emma, but it would involve using one of Robin Hood’s most precious possessions. Meanwhile, in the Fairy Tale Land that was, Tinker Bell offers to help Regina improve her life, on “Once Upon a Time,” SUNDAY, OCTOBER 13 (8:00-9:00 p.m., ET) on the ABC Television Network.