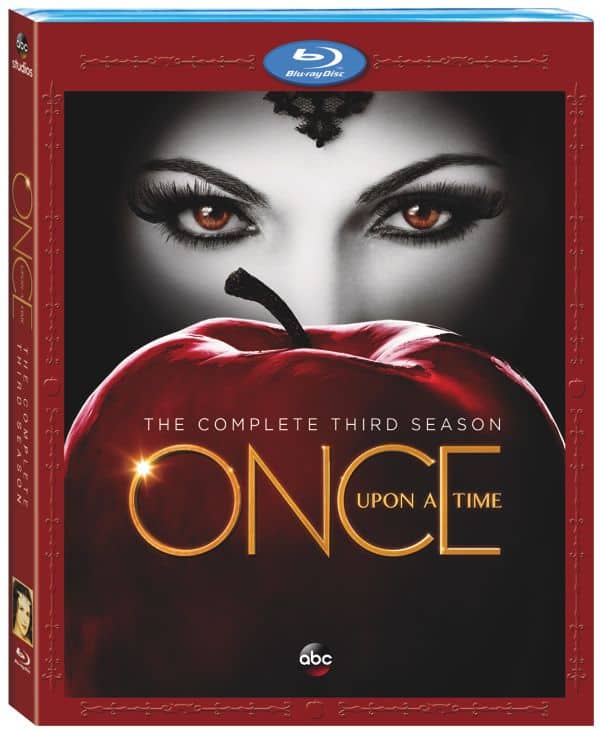 Synopsis: Can five heroic characters set aside their personal grudges and private demons to rescue Henry – and themselves – from the ultimate evil? Experience the heart-pounding action and tantalizing suspense of Once Upon a Time: The Complete Third Season.

The stakes are higher than ever in a Neverland that’s the stuff of nightmares. At the dark heart of its mystery is Peter Pan, an ageless entity with a diabolical agenda and a chilling secret. For Emma, Henry, Hook, Rumple, Regina, Charming, and Snow, Pan’s actions have far-reaching consequences that will change their lives forever, create new alliances and introduce both Storybrooke and the Enchanted Forest to a powerful new villain of legendary wickedness – the Wicked Witch.

Add Season 3 to your Once Upon a Time collection and relive all 22 bewitching episodes, plus access never-before-seen bonus features. Each time you watch, you’ll fall deeper under the spell of this irresistible series!

Wicked Villains – What makes the villains of “Once Upon A Time” tick? These complicated characters are not only wicked, evil and dastardly but sometimes heroic, charming and brave. The actors who embody these bad guys and the writers who create them take an in depth look at the show’s interpretation of everyone’s favorite foes.

The Tale of Ariel – Follow the tale of everyone’s favorite mermaid, Ariel, played by Joanna Garcia, as we track the character’s development and story throughout the season. We will see the development of her look, track her story and watch her introduction to the other characters of Storybrooke/Fairytale Land.

The Fairest Bloopers of Them All

Inside the Writer’s Room: The Next Big Character – Get an inside look into the secret chambers of the writers of “Once Upon a Time.”