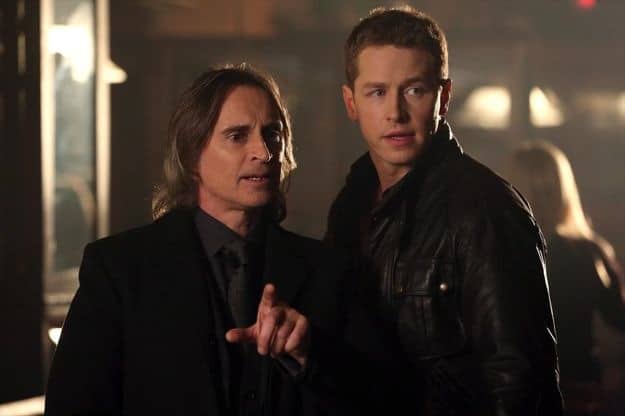 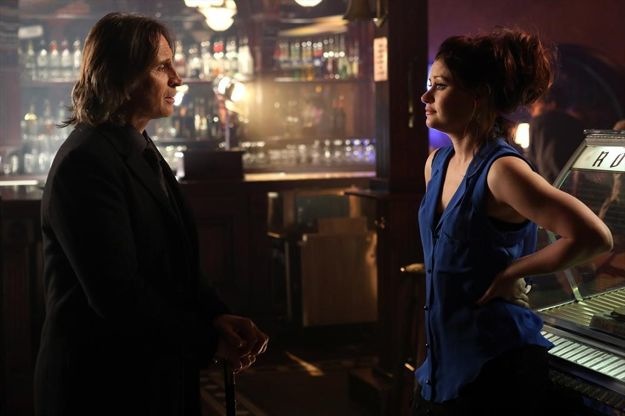 ONCE UPON A TIME Season 2 Episode 19 Lacey Photos : ONCE UPON A TIME – “Lacey” – Mr. Gold enlists the aid of David to help him try to jog Belle’s now cursed memories and get her to love him again; and when it is revealed that the magic beans Anton (Jorge Garcia, “Lost”) and the dwarves have been harvesting have begun to grow and could possibly transport everybody home, Emma is torn over whether she would want to live in fairytale land or stay in our world. Meanwhile, in the fairytale land that was, Rumplestiltskin forces Belle to accompany him on a hunt to kill a thief, whom she had freed in the name of mercy, on “Once Upon a Time,” SUNDAY, APRIL 21 (8:00-9:00 p.m., ET) on the ABC Television Network. (ABC/Jack Rowand) GINNIFER GOODWIN, JOSH DALLAS, MICHAEL RAYMOND-JAMES, JENNIFER MORRISON