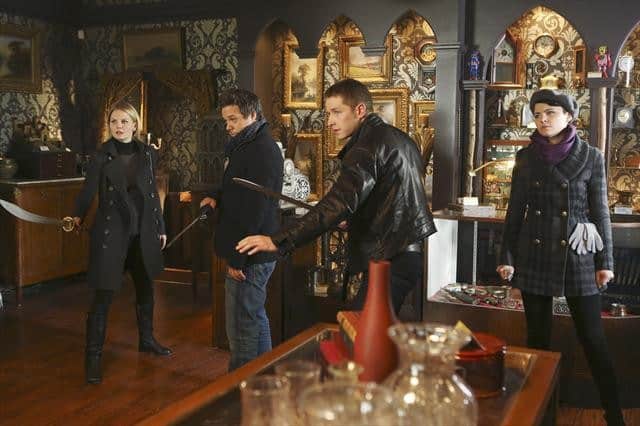 ONCE UPON A TIME Season 2 Episode 16 The Miller’s Daughter Sneak Peek Clips : “The Miller’s Daughter” – Cora’s desire to rid herself of Rumplestiltskin in order to take his place as The Dark One takes one step closer to becoming reality as she and Regina try to overpower a dying Mr. Gold, and Mary Margaret is once again tempted by dark magic. Meanwhile, in the fairytale land that was, Rumplestiltskin agrees to offer his services to a younger Cora – for a price – when the king calls her bluff and orders her to actually follow through on her boast of being able to spin straw into gold, on “Once Upon a Time,” SUNDAY, MARCH 10 (8:00-9:00 p.m., ET) on the ABC Television Network.