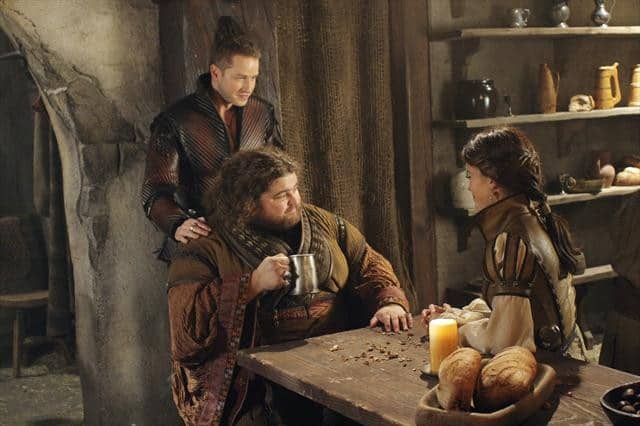 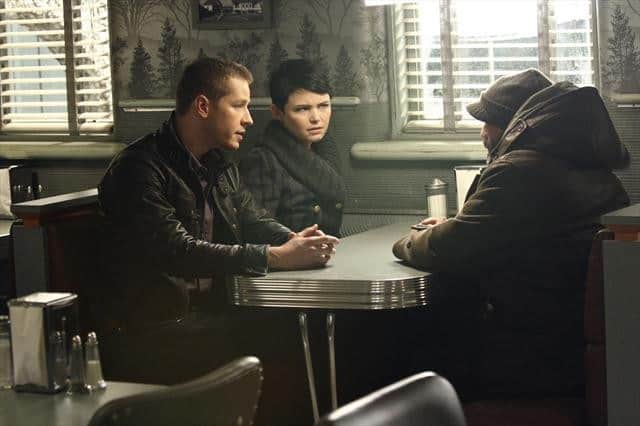 ONCE UPON A TIME Season 2 Episode 13 Tiny Photos ; ONCE UPON A TIME – “Tiny” – Kidnapped and brought to Storybrooke by Cora, the Giant (Jorge Garcia) unleashes his vengeance on the town when a case of mistaken identity leads him to try and settle an old score with David; Mr. Gold, accompanied by Emma and Henry, attempts to depart Storybrooke – hoping to keep his memory intact when he crosses the town line — and heads to the airport in search of his son Bae; and Greg (Ethan Embry) questions Belle as to what she saw on the night of his car accident. Meanwhile, in the fairytale land that was and against his brothers’ wishes, Anton, the Giant, climbs down the beanstalk and attempts to befriend some humans – whose intentions may not be so noble — on “Once Upon a Time,” SUNDAY, XXX (8:00-9:00 p.m., ET) on the ABC Television Network.