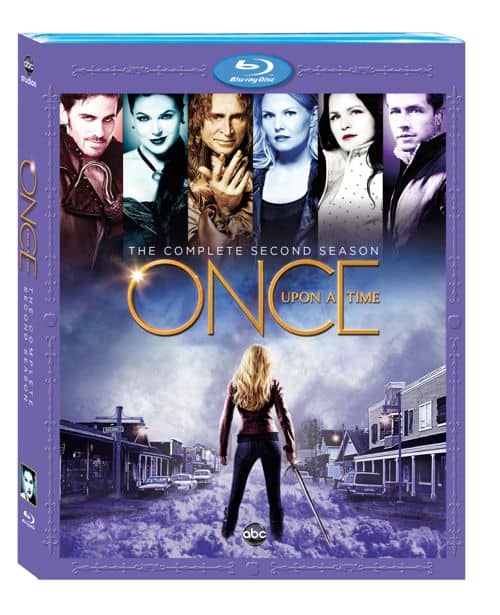 Synopsis: Relive every thrilling moment of the fairy tale-inspired series when “Once Upon a Time: The Complete Second Season” casts its tantalizing spell onto Blu-ray/DVD. The curse is broken, magic has arrived, and there’s no telling what – or who – will be unleashed! Now the exiled fairy tale characters must grapple with a flood of awakened memories as they come to grips with their new “reality.” Old loyalties will be tested, new heroes will emerge, and vengeful villains will wreak havoc. Amidst the backdrop of previously unexplored lands and a newly magical Storybrooke, love and sacrifice will set the stage for the ultimate battle between good and evil.

From Storybrooke to Fairy Tale Land and beyond, experience all the mystery, romance, action and adventure of the second season of “Once Upon a Time.” Featuring all 22 remarkable episodes and exclusive bonus features, this must-own, five-disc boxed set is pure enchantment on an epic scale.