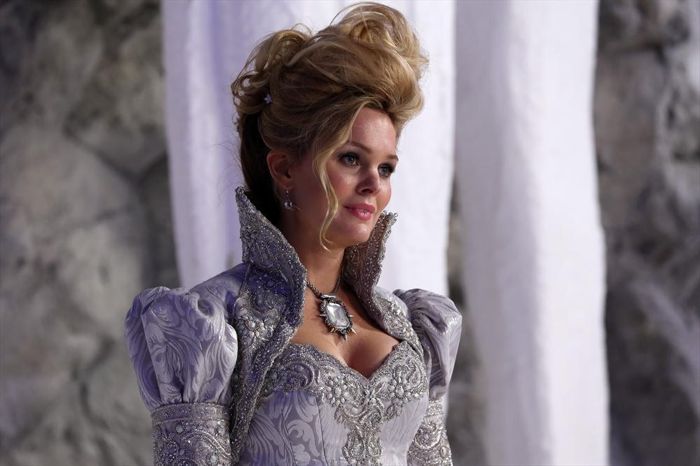 ONCE UPON A TIME Episode 3.19 Photos A Curious Thing : “A Curious Thing” – Zelena threatens to kill Henry if Hook – whose lips have been cursed by the Wicked Witch — doesn’t proceed with kissing Emma, which will drain all of her magical powers away, and things begin to heat up between Regina and Robin Hood. Meanwhile, back in the Fairy Tale Land that was during the past year, Snow and Charming go in search of Glinda, The Good Witch of the South, to see if she can help them defeat Zelena, and the curse that will ultimately send the Fairy Tale characters back to Storybrooke is cast — but from an unlikely source, on “Once Upon a Time,” SUNDAY, APRIL 27 (8:00-9:00 p.m., ET) on the ABC Television Network.