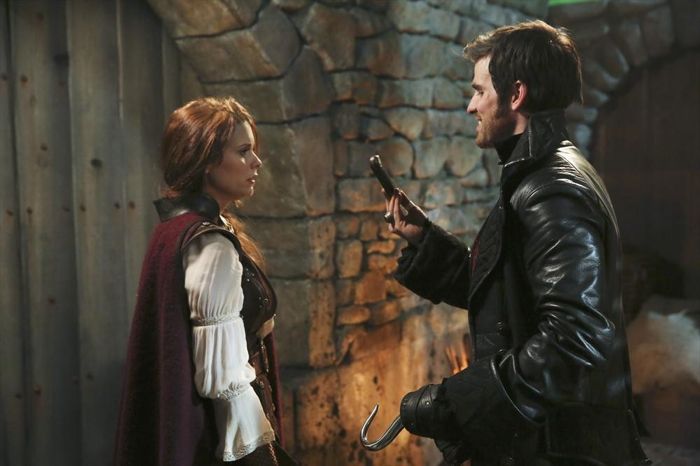 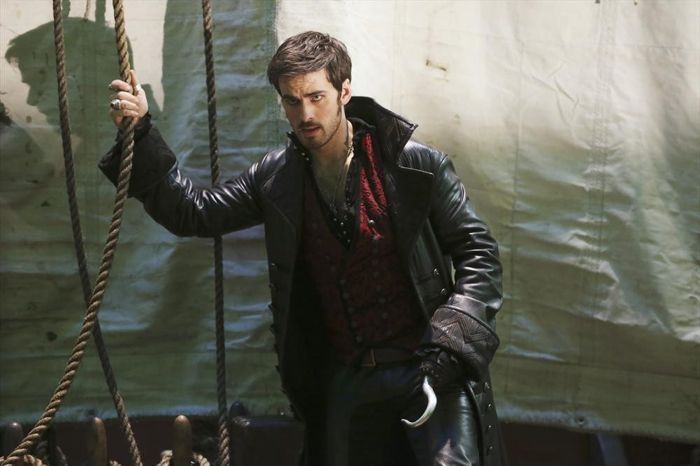 ONCE UPON A TIME Episode 3.17 Photos The Jolly Roger : “The Jolly Roger” – Ariel returns to Storybrooke and pleads with Hook to help her find Prince Eric, who never returned to the town when the new curse was invoked. Emma agrees to let Regina teach her how to use magic so that she can help defeat Zelena, and Mary Margaret and David try to prove that they can be just as much fun as Hook is with Henry — who thinks they are boring. Meanwhile, in Fairy Tale Land during the past year, an angry Ariel confronts Hook over her missing Prince Eric, who she assumes was kidnapped and possibly killed by the swarthy pirate. But when Hook confesses that the Jolly Roger has been stolen and Eric is most likely the thief’s prisoner, Ariel unknowingly provides him with a clue as to who the culprit is, and Hook – with Ariel in tow – goes off in search of his ship, on “Once Upon a Time,” SUNDAY, APRIL 13 (8:00-9:00 p.m., ET) on the ABC Television Network.