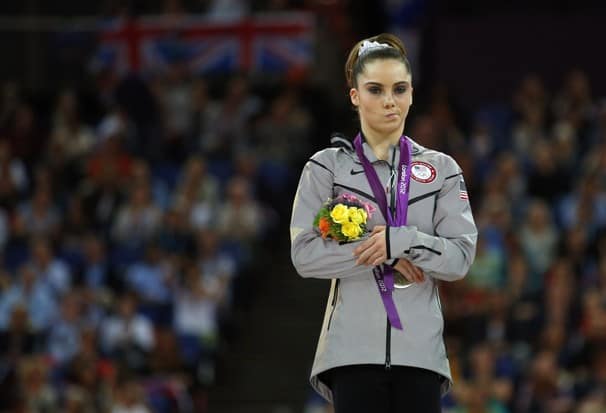 From London, England, to BlueBell, Alabama, Olympic athlete McKayla Maroney’s fast-moving career is nothing to sneer at. The petite gymnast — a member of the gold medal–winning U.S. team in the 2012 Summer Olympics — will guest star in an upcoming episode of Hart of Dixie, the fish-out-of-water comedic drama about small-town living, big-city attitudes and complicated love triangles starring Rachel Bilson.

In the episode, Maroney will guest star as Tonya, a friend of Rose’s (played by recurring guest star McKaley Miller), who comes to Rose’s defense. Sounds like a winning role!

Airing Tuesdays at 8/7c on The CW, the second season of Hart of Dixie — produced by Bonanza Productions Inc. in association with Fake Empire, Warner Bros. Television and CBS Television Studios — premieres October 2.