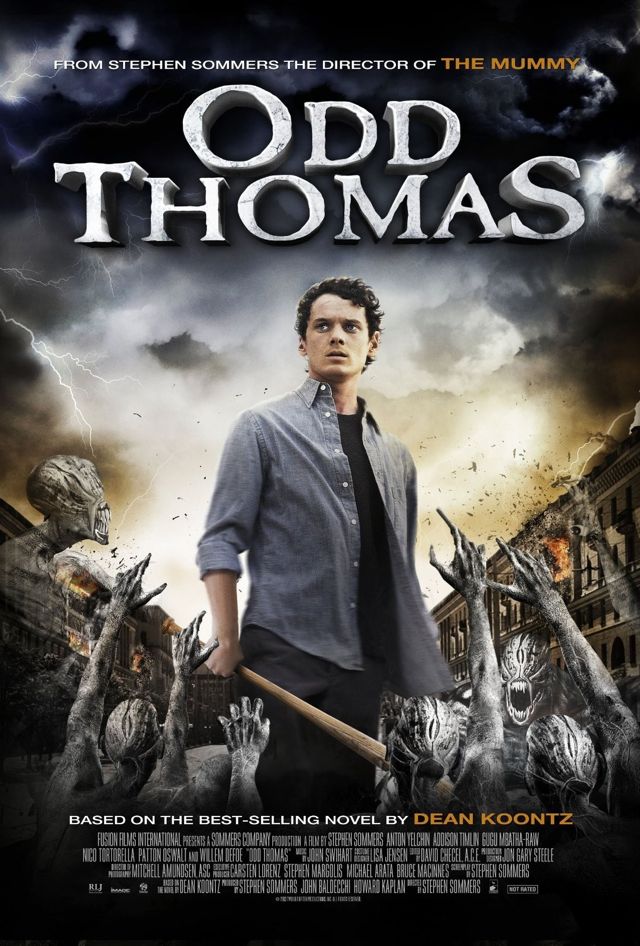 ODD THOMAS Movie Poster : Small-town fry cook Odd Thomas (Anton Yelchin) is an ordinary guy with a paranormal secret: he sees dead people, everywhere. When a creepy stranger shows up with an entourage of ghostly bodices—predators who feed on pain and portend mass destruction—Odd knows that his town is in serious trouble. Teaming up with his sweetheart Stormy (Addison Timlin) and the local sheriff (Willem Dafoe), Odd plunges into an epic battle of good versus evil to try to stop a disaster of apocalyptic proportions. Based on the best-selling thriller by Dean Koontz, Odd Thomas is a supernatural action thrill-ride from the acclaimed director of The Mummy and G.I. Joe: Rise of the Cobra.