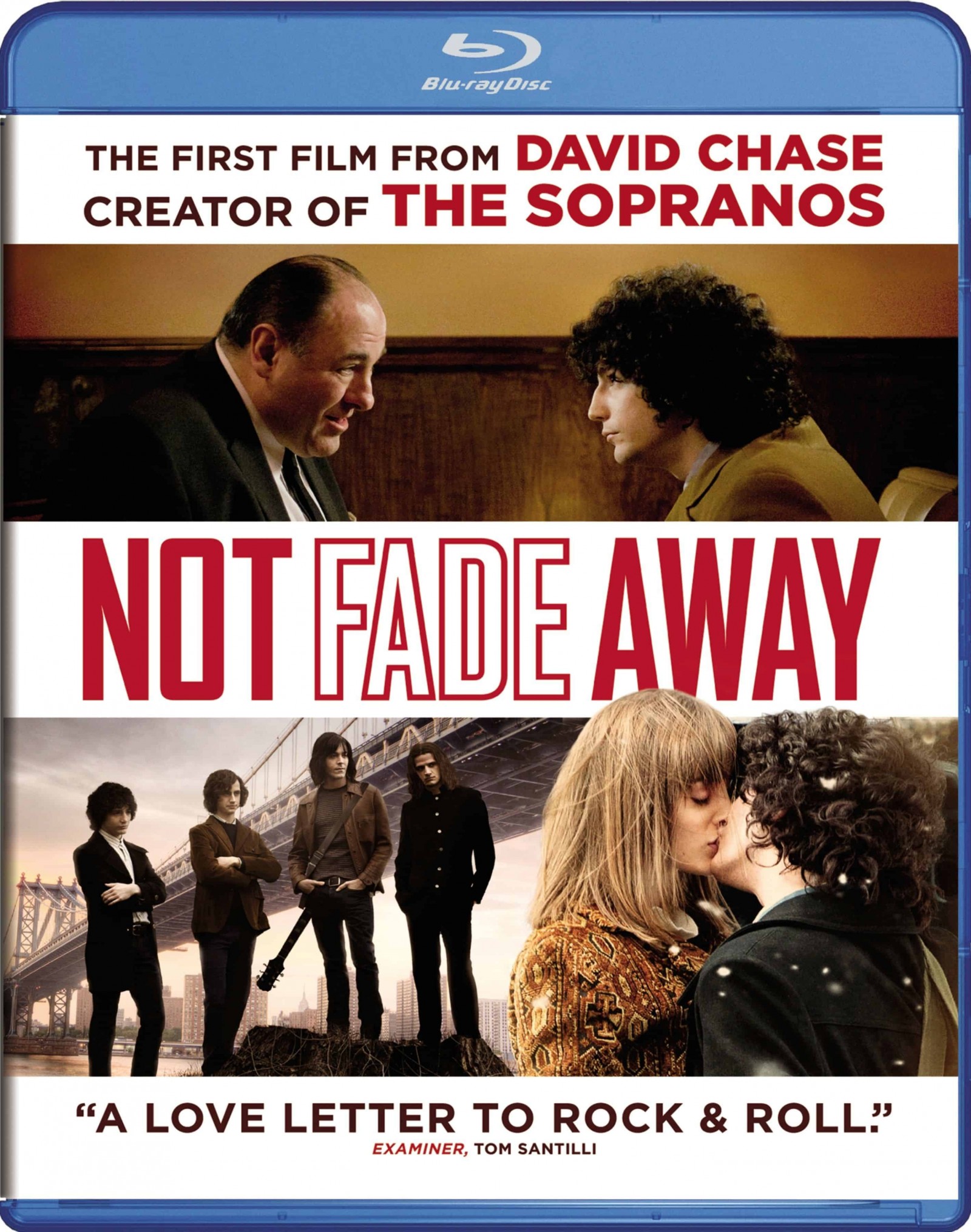 Seat42f and Paramount Home Entertainment have teamed up to give TWO lucky winners a copy of NOT FADE AWAY on BLURAY and a NOT FADE AWAY autographed soundtrack. For a chance to win leave a comment below telling us why you want to add NOT FADE AWAY to your BLURAY collection. Only one entry per person. Contest ends May 12th. Winners will be notified on May 13th via email so make sure to use a valid email address when you post your comment.

“A gritty, graceful salute to rock & roll” (Peter Travers, Rolling Stone), writer and director David Chase’s (“The Sopranos”) “warm, funny [and] poignant” (David Rooney, Hollywood Reporter) feature debut NOT FADE AWAY takes the stage on Blu-ray and DVD April 30, 2013 from Paramount Home Media Distribution.  Cited as one of the top 10 films of the year by the Associated Press, New York Times and more, NOT FADE AWAY is “an eloquent love letter to an era” (Kelly Jane Torrance, Washington Examiner) that tells the coming-of-age story of three friends growing up in the suburbs of New Jersey during the turbulent ‘60s.  When they decide to form a band to try and make it big, they begin to see the world through the intoxicating prism of rock-and-roll.  Featuring an outstanding soundtrack supervised by music guru Steven Van Zandt, NOT FADE AWAY stars an exceptional cast of young talent including John Magaro (The Brave One), Jack Huston (“Boardwalk Empire”), Will Brill (King Kelly) and Bella Heathcote (Dark Shadows) as well as Golden Globe®-winner* James Gandolfini (“The Sopranos”).