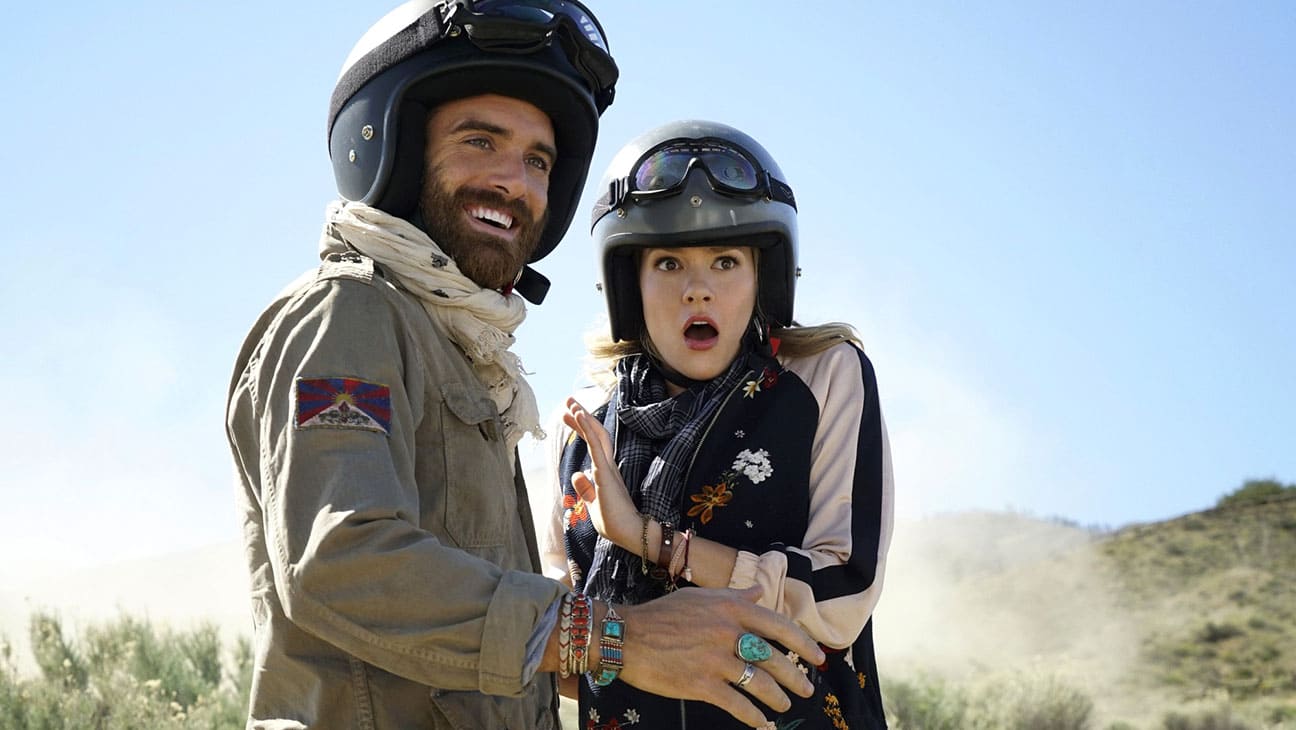 The CW is going the romantic comedy route with a slight fantasy bend in NO TOMORROW, premiering next week. A straight-laced, professionally stunted girl meets a free-spirited guy who thinks the world will end in a little over eight months. He plans to enjoy it by working on a bucket list and invites her to join him. She does, with reservations, and what remains to be seen is how long they can keep it up.

At the center of NO TOMORROW is our heroine, Evie (Tori Anderson, Open Heart), a brilliant girl who can be a little passive at times. Who doesn’t understand that, especially women who enter the workplace and want to get ahead, but worry about how they’ll be seen? She’s sympathetic, loveable, and at a very transitional phase of her life, which is the perfect time to build a TV show around her.

Evie is already showing signs of bucking her status quo as the series begins. She isn’t sure she wants to marry her soft-spoken boyfriend, Timothy (Jesse Rath, Defiance), and she’s working on impressing her boss, Diedre (Amy Pietz, Caroline in the City). I love that NO TOMORROW lets us see these things because it means that Evie’s growth arc is driven largely by internal feelings, not just because she met some guy that got her to loosen up. He helps, but he isn’t the whole reason for her change.

Speaking of the guy, Xavier (Joshua Sasse, Galavant) has quit his job when we are introduced to him. He doesn’t mind running up debt and racking up parking tickets he never intends to pay because he truly does believe the world is about to be wiped out by an object from space. He is sincere in this, and while he has tried to warn the public, no one listens to him. So instead of carrying around a sign proclaiming the end is nigh, he has dedicated himself to having the best time possible with the time left.

NO TOMORROW addresses the crackpot elements of the character, and then dismisses them. He isn’t a caricature; he is a caring individual with layers and backstory. He is surely wrong because his timeline would probably only get the show to the end of season one. But that only makes for additional ripe plot possibilities down the road as he deals with the emotional fallout of what he’s done. Or fails to deal with it.

Xavier and Evie are a good pairing. They aren’t a perfect couple, thank goodness, but they have characteristics that push the right buttons in one another. They complement each other on their current trajectories, and while it may seem crazy for Evie to give into him, if you take a step back and really look at it, it’s obvious she’ll be helping him as much as he helps her. They both have flaws that need worked on.

The format of this show is one that slides easily into the half hour sitcom format, but instead, NO TOMORROW is an hour-long drama. Of course, the comedy / drama line has become so blurred these days to be nearly meaningless; this is simply classified as drama because of its running time. But I like that it takes a goofy concept and a fun cast of at-times-cartoonish personalities, and puts them into a framework that allows for greater development.

The pacing flies by, and the series is well put together. It has a terrific, if mostly little-known, cast that goes well with the CW brand, while also being something new for the network. It’s a premise that has been done before, but not quite in this way, and I really enjoyed the first hour.

NO TOMORROW also stars Sarayu Blue (Monday Mornings), and it premieres Tuesday, October 4th at 9/8c on the CW.