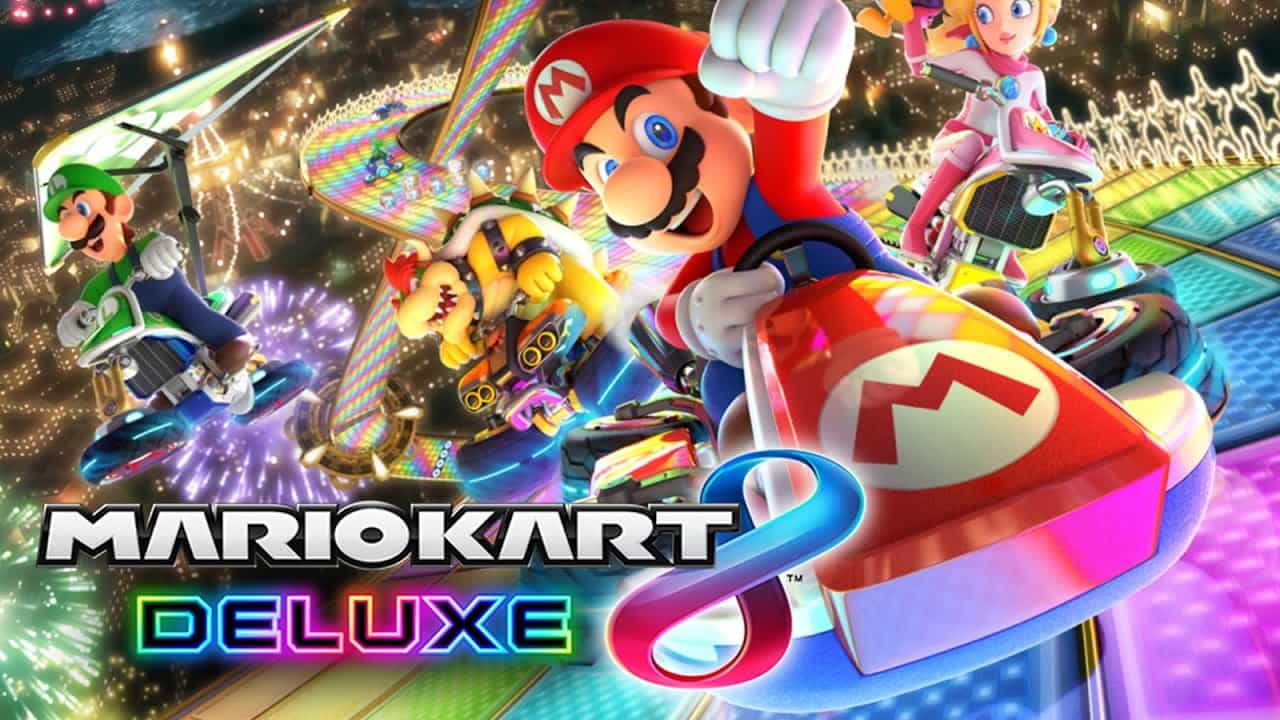 For anyone in San Diego between July 20 and July 23, Nintendo has a ton of fun activities planned at Comic-Con and the nearby San Diego Marriott Marquis & Marina hotel that people of all ages can enjoy. In addition to a playable version of the Super Mario Odyssey game at the San Diego Comic-Con booth, the San Diego ballroom of the Marriott Marquis & Marina will be transformed into a colorful Nintendo paradise – perfect for taking amazing photos and playing some great games starring some of Nintendo’s most recognizable characters!

Visitors to the ballroom will be able to play upcoming Nintendo Switch games like Splatoon 2 and Pokkén Tournament DX, as well as experience the first hands-on time in North America with Flip Wars (previously known as Project Mekuru), a new multiplayer action game launching exclusively in Nintendo eShop on Nintendo Switch on Aug. 10*. In the upcoming game, players flip over panels – and opponents – by stomping the ground and using power-ups to outwit the competition. Attendees can also play select Nintendo 3DS games in 2D on the New Nintendo 2DS XL system before it launches in stores later this month. Fans can also participate in competitions sponsored by Nintendo for a chance to win prizes, catch a glimpse of the upcoming Super NES Classic Edition hardware and celebrate the launch of Splatoon 2 with special game-themed activities. And all of the events in the Marriott Marquis & Marina can be enjoyed by anyone in the San Diego area!

“Bringing our games and experiences directly to the fans is very important to us,” said Doug Bowser, Nintendo of America’s Senior Vice President of Sales and Marketing. “Since San Diego Comic-Con is full of so many Nintendo fans of all ages, it’s the perfect place to let everyone enjoy many of our upcoming games.”

Fans who want to show off their competitive side will have multiple opportunities to compete in an ongoing multi-game competition, the Play Nintendo Challenge, for the chance to receive cool giveaways and a chance to win a prize, while supplies last. These competitions are open to the public and will be hosted at the San Diego Marriott Marquis & Marina space at various times throughout the week. Participation will be on a first-come, first-served basis**. If selected, competitors will start with an eight-player Turf War match in Splatoon 2. The winning team of four will then compete against each other in the hit fighting game ARMS. The final two players will enter the finals with a one-on-one battle in upcoming Nintendo Switch game Pokkén Tournament DX. The Play Nintendo Challenge will be open 10 a.m.-7 p.m. on July 20 and July 21, and 10 a.m.-5 p.m. on July 23.

Playable games scheduled to appear at San Diego Comic-Con and the Marriott Marquis & Marina include the following:

Since Splatoon 2 launches during San Diego Comic-Con this year (July 21), fans will be able to take part in some extra-fresh Splatoon 2 activities. A Splatoon 2-themed photo booth will be set up at the Marriott Marquis & Marina to let fans take eye-catching photos with replicas of Splatoon 2 weapons. Two professional Splatoon 2 cosplayers, Heidi O’Ferrall (@AtelierHeidi) and Leo Camacho (@LeoZombie), will even visit the booth at select times to celebrate the game’s launch and take photos with fans. The first 20 fans per day that show up to the Splatoon 2 photo booth in Splatoon costumes will receive game-themed gifts.