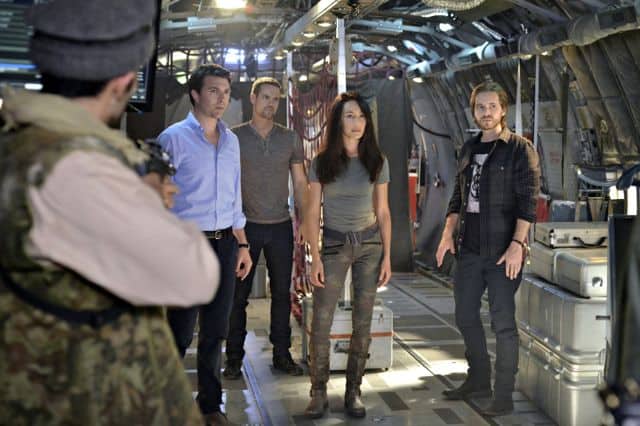 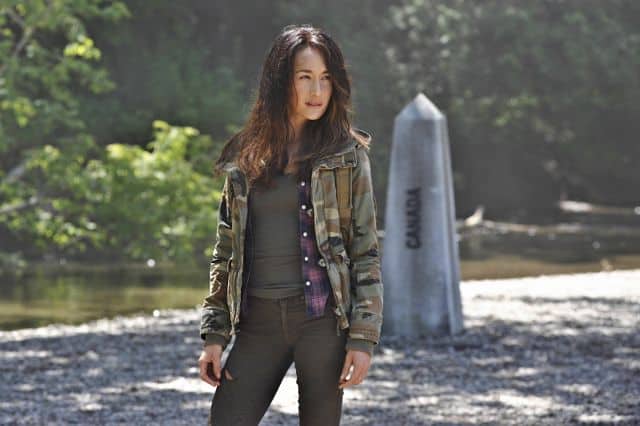 NIKITA Season 4 Episode 4 Pay Off Photos : THE SHOP OFFERS NIKITA THE DEAL OF A LIFETIME — Jones (guest star David S. Lee) benches Amanda (Melinda Clake) and takes back the reigns of the operation.  He calls Nikita (Maggie Q) and offers her and the entire team complete freedom by wiping away their identities and faking their deaths if they walk away from their mission.  The team lands the plane on a secluded Pakistan air strip, but when the local drug czar and his men storm the plane and demand ten million dollars, so Nikita calls Alex (Lyndsy Fonseca) for the money.  After Alex pulls diamonds out of a safe deposit box to pay the insurgents, Sam (Devon Sawa) sees an opportunity to recoup his losses and contemplates stealing the diamonds.  Meanwhile, Michael (Shane West) comes face-to-face with an old adversary, Ramon (guest star Simon Kassianides), who hits Michael with some hard truths.  Dwight Little directed the episode written by Terry Matalas & Travis Fickett (#404).