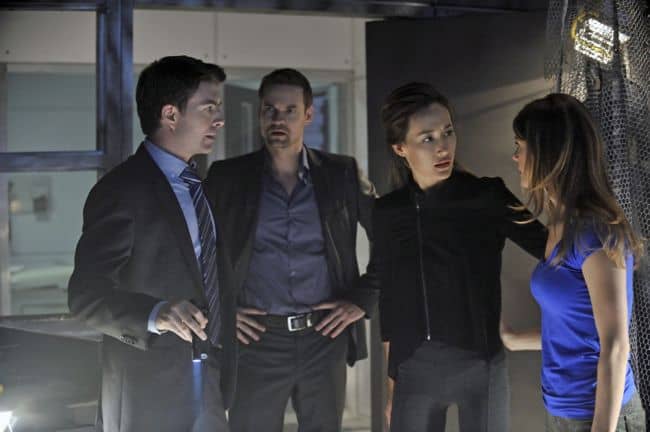 NIKITA Season 3 Episode 5 The Sword’s Edge Promo : DIVISION IS THREATENED — Division discovers one of their rogue agents, Markov (guest star Jonathan Goad), who has been undercover for six years, has been elected President of Uzbekistan and is planning to kill the President of the United States (guest star Michelle Nolden). Ryan (Noah Bean) confesses to the team that Division is on thin ice with the President and she has threatened to wipe them out if the public finds out about the secret agency and rogue agents. Nikita (Maggie Q) and Michael (Shane West) are furious that Ryan kept this a secret from them and must figure out how to save the President’s life without alerting her of the danger. Meanwhile, after Alex (Lyndsy Fonseca) and Owen (Devon Sawa) are caught in an explosion, they investigate and believe an insider set it up. Aaron Stanford also stars. Ken Fink directed the episode written by Albert Kim (#305).